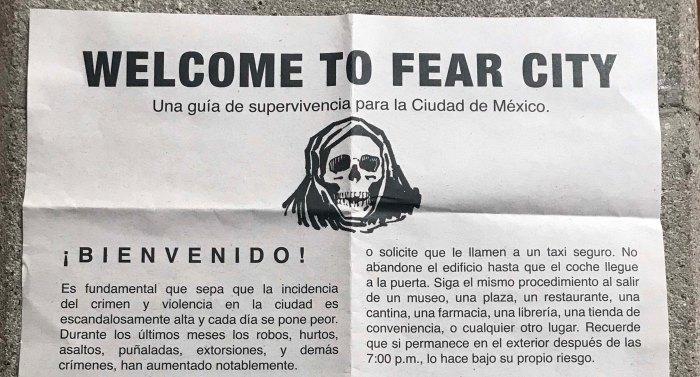 Welcome to Fear City. A survival guide to the city of Mexico. The 8th annual Acme contemporary art expo sounded promising. (Back in February) Our friend N. who runs the show gave us the grand tour. With her usual bright smile and utter elegance. This leaflet was the first exhibit.

“A: Well there’s three weapons. And yes, there’s serial numbers for all three….

“Do not go out in the street or walk around. Even in central neighbourhoods, in the early afternoon, robbery, assaults, express kidnappings are on the increase…” 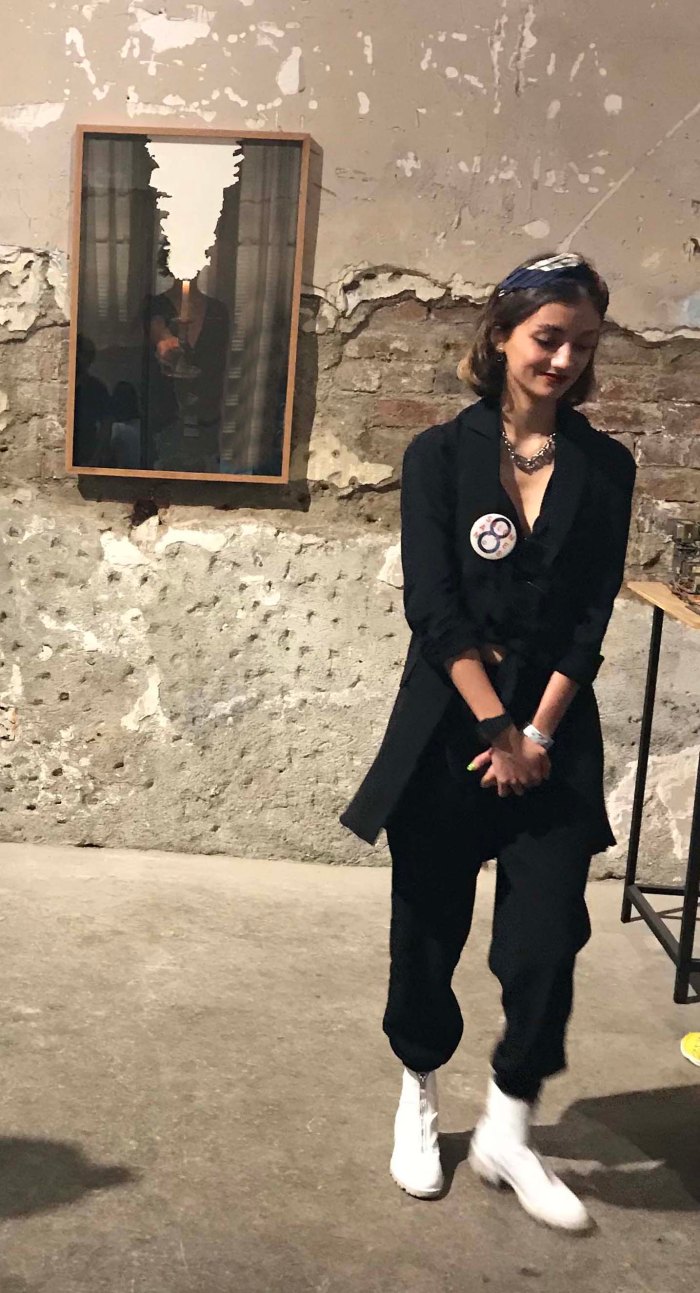 “The first time I came to Mexico city, I was 16 or 15. The city looked dirty, smelly, full of people who seemed lost or angry… I went to the bathroom, the sink fell off the wall, … and I thought what is this sh..ty place I’ve come to?” Javier Barrios, Travel notes, 2019.

“Avoid public transportation. Crime in the metro is on the increase. Gangs of robbers steal mobiles, bags, glasses… At night it’s been considered closing half the trains so travellers could get closer feel safer…” 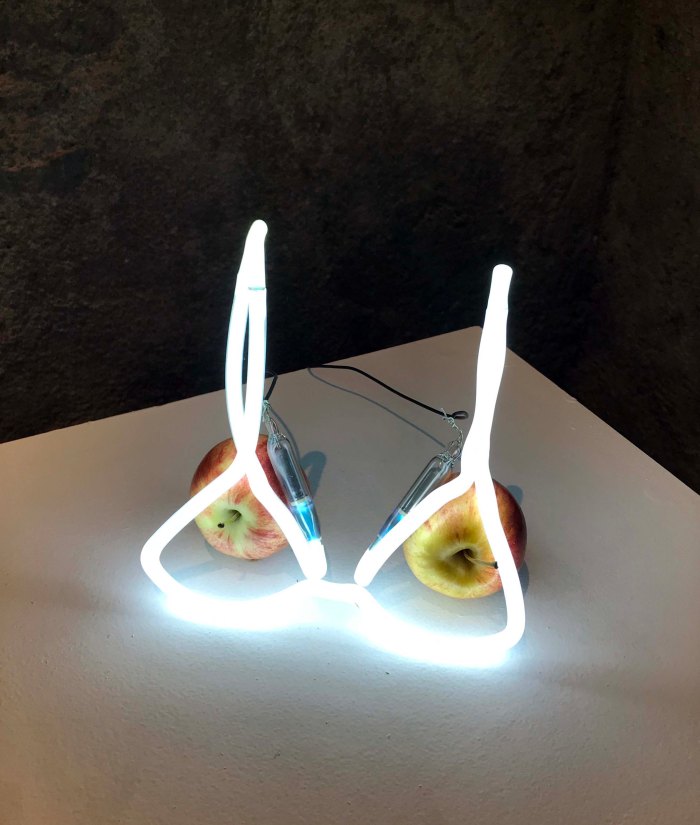 “Stay in well-known neighbourhoods. Police protection is is very selective, and unreliable in certain areas of the city… Stay home, locked up as much as possible.” (This was in February. No virus looming ahead)

“S.ciety”. Victor del Moral Ribera, 2019. It can refer to sOciety, or sUciedad, wich means dirt in Spanish. Note the police batons shaped in a cross at the bottom. 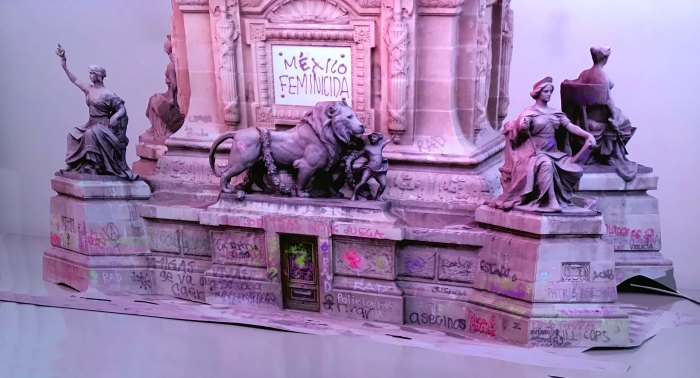 “Mexico women killer.” The monument is the base of the Angel of Independence, a major symbol of Mexico. close to 1,000 feminicides were registered in 2019. 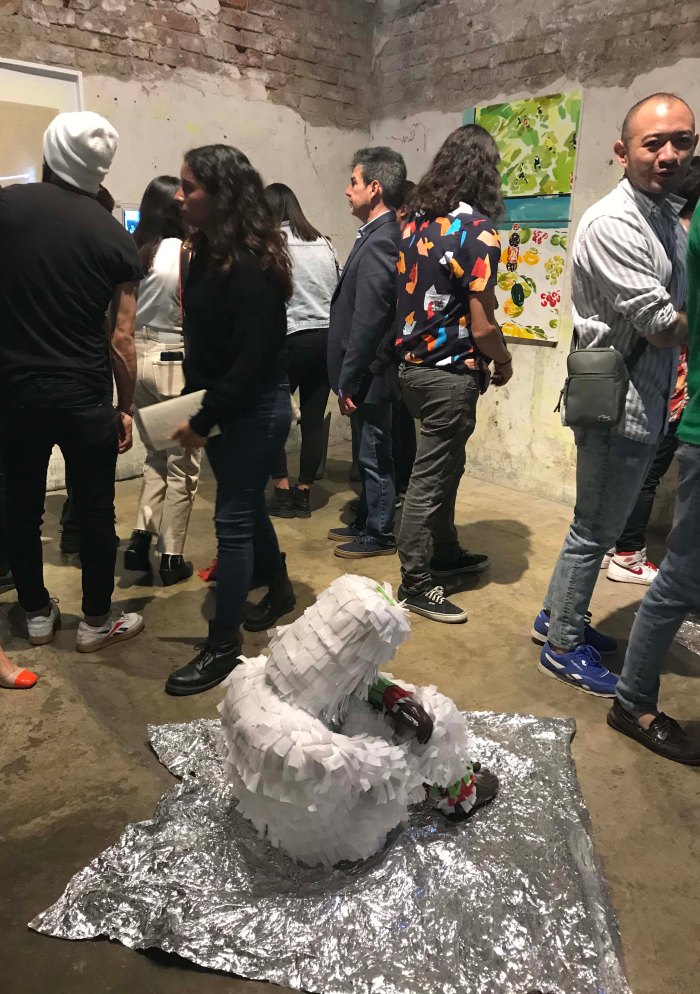 “Hold on to your belongings. Robbery has become an activity of…” 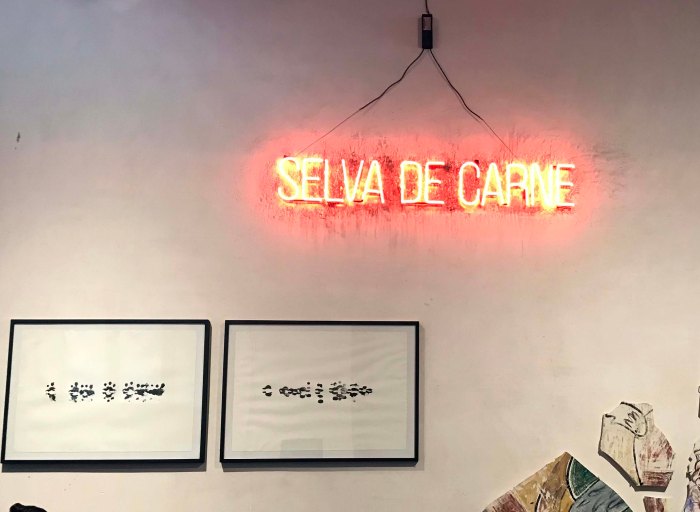 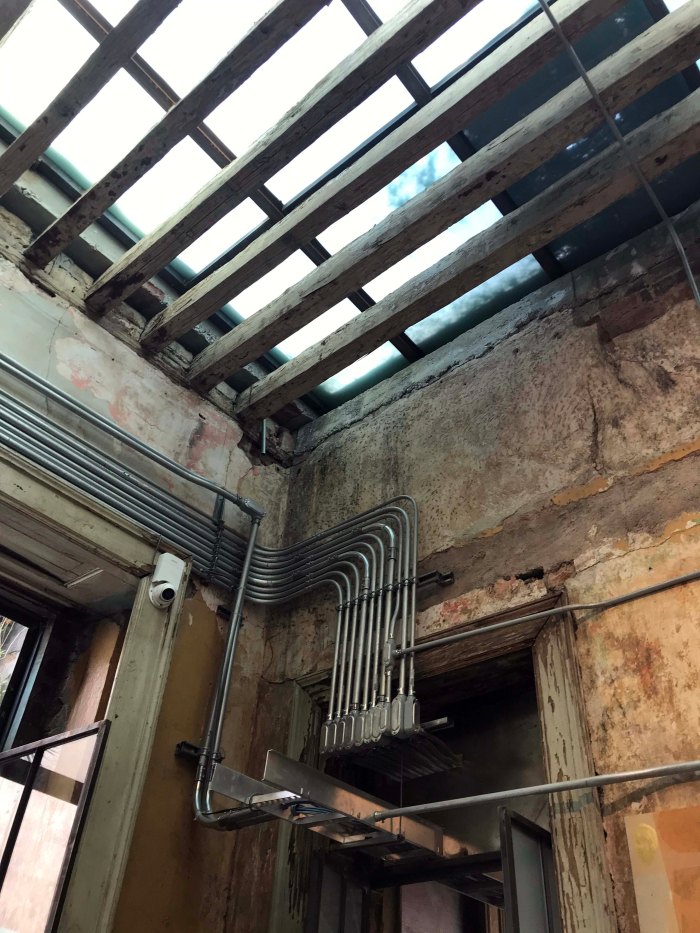 Not an exhibit. Again. The expo is always housed in this fantastic, ginormous, derelict, 19th century house in the centre of Mexico city.

“Do not excite car drivers. The stress of being stuck in traffic for a long time has triggered a wave of neurosis amongst car-drivers… aggressions of all kinds by nervous, furious or mad car-drivers has increased… remember to always lock your doors and windows when inside a vehicle…” 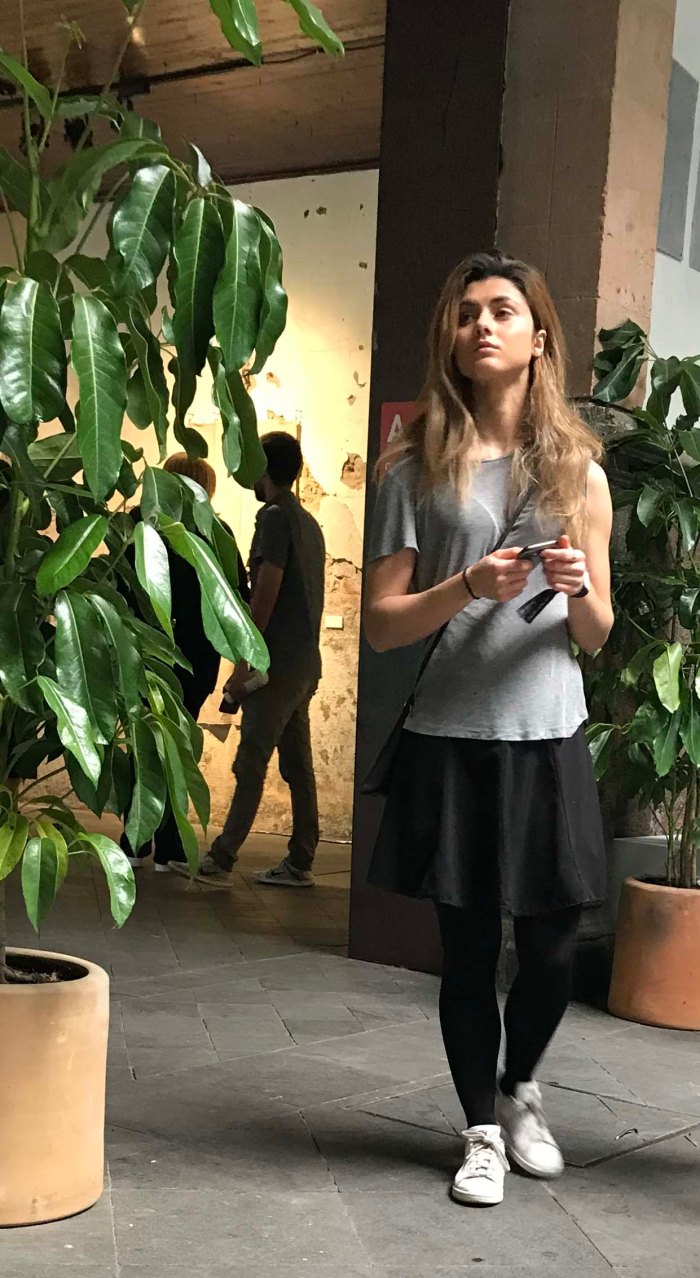 French Traveller. Number 98. Nationality unbeknownst to me until I heard her talk in another room. We exchanged a few words. I didn’t tell her I had her picture. Someone will sue me one day. I need a lawyer. 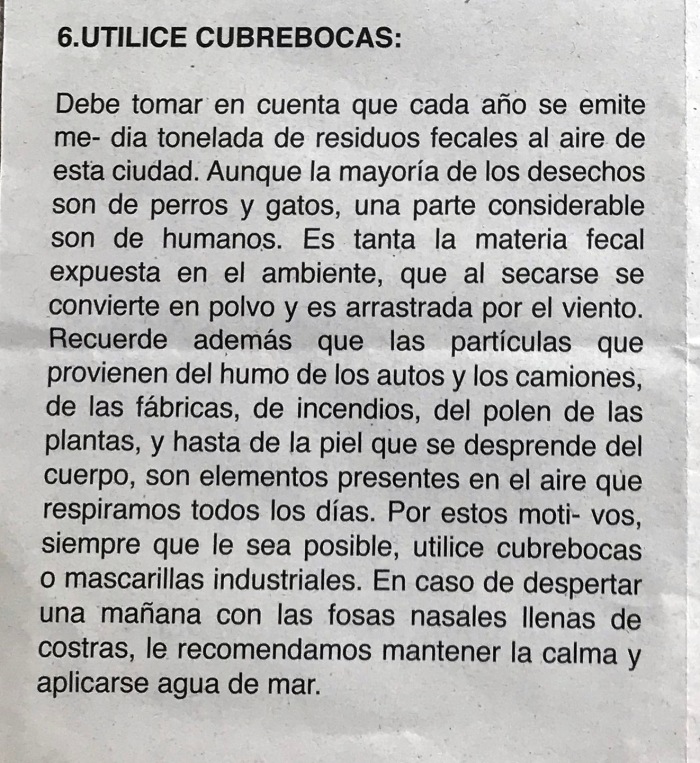 “Use a face mask. … every year, half a ton of feces dries out on the streets  into dust floating in the air of this city. Dog, cat, human feces… Use a mask as often as possible.” Nearly 30 years ago, I did a survey on pollution in Mexico city called “How green was my country”. The theme of feces dust had come out then. 30 years later I see there hasn’t been much progress… 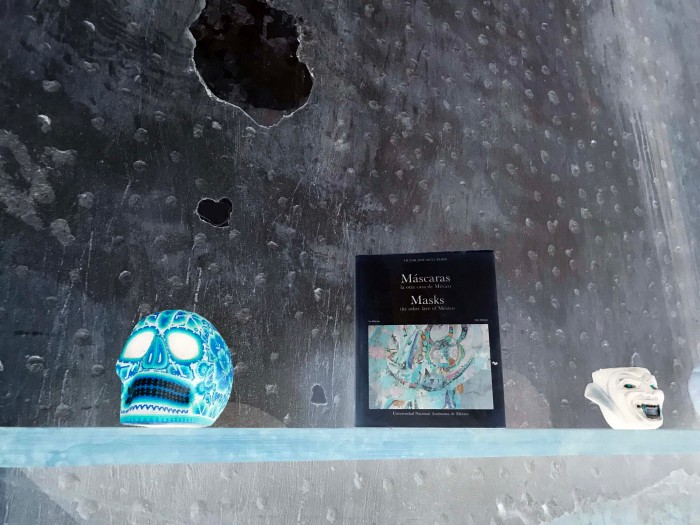 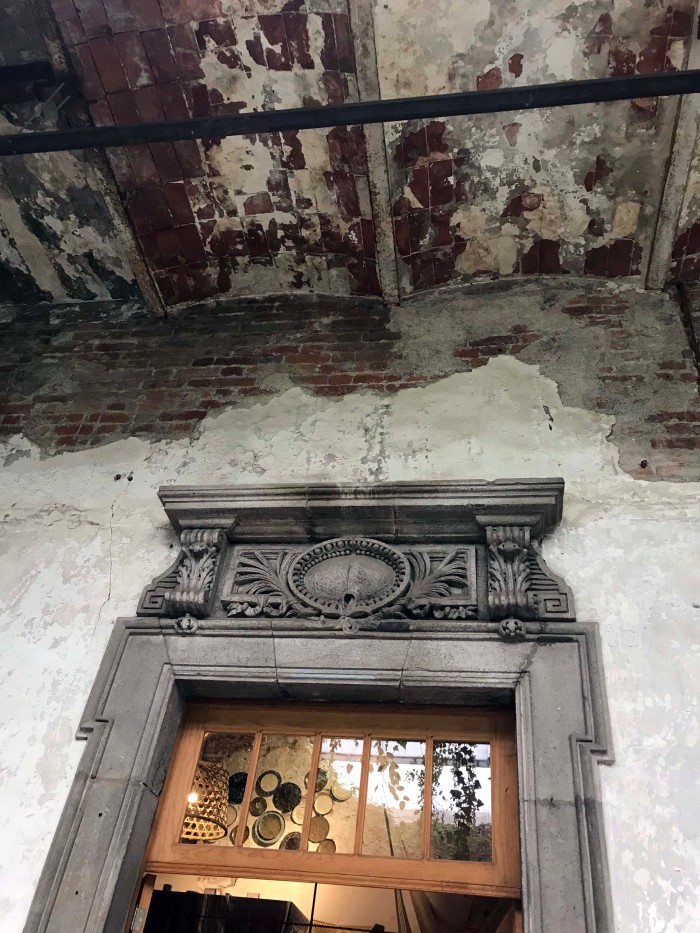 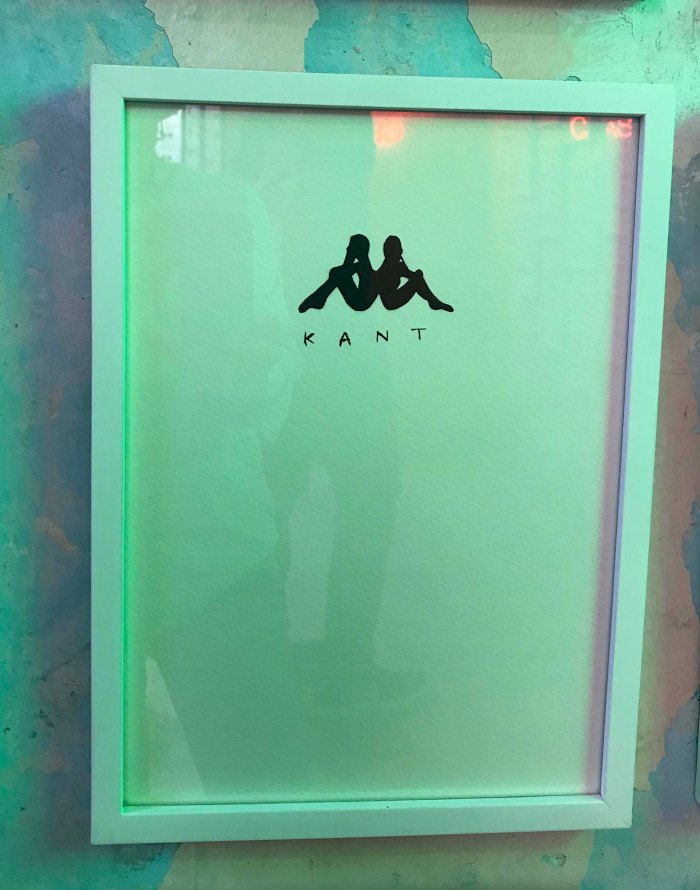 Critique of pure reason by Immanuel Kant. A pleasant adaptation of logos. It seems to me this was an old Club Med logo. “Pure reason”? Is there any reason left?

“Don’t trust anyone. Don’t be fooled by others’ false friendliness… Don’t look at others directly in the eye… most important: never trust the police…” 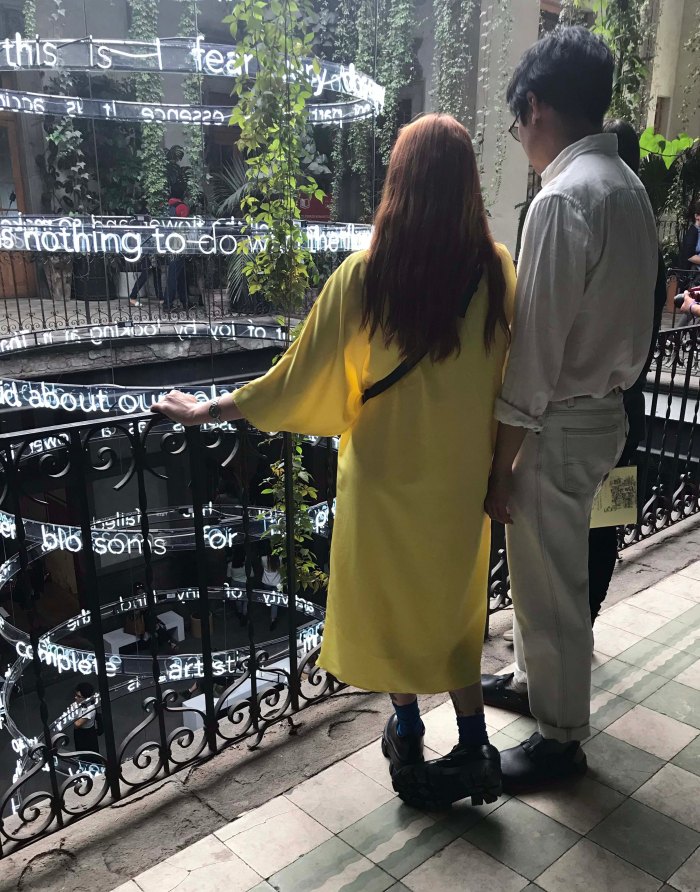 “Pay attention. It may be necessary to run at any time… there are many kinds of aggression: screams, insults, blows, … bat blows, … broke windows, bullets… think of ways to distract the attacker, and run. If at all possible, run inside a church. In this city everyone, including aggressors, is very respectful of religion. We wish you a pleasant stay in the city!” 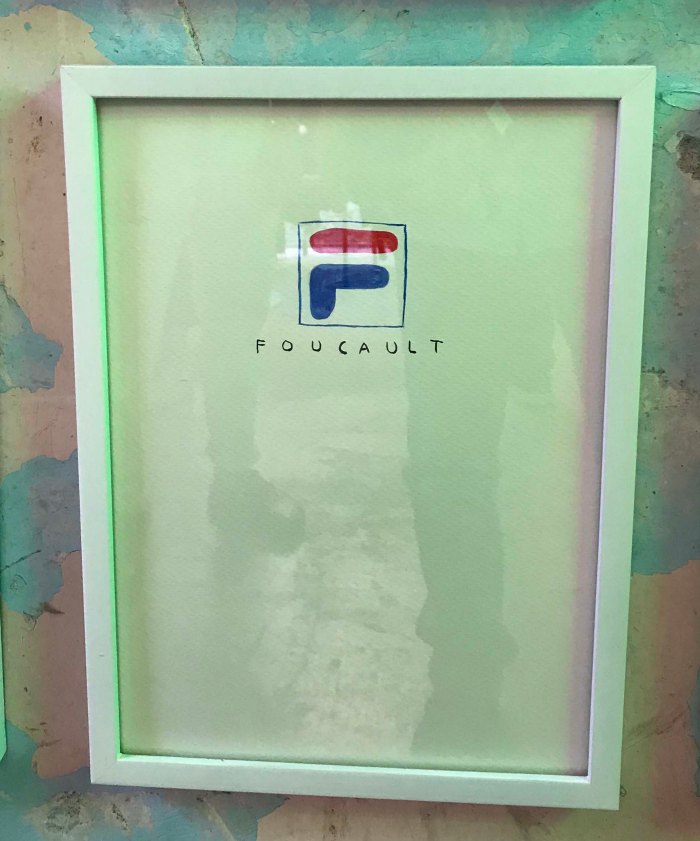 Foucault: “Discipline and punish, the birth of the prison”, 1975. (No, I haven’t read it. Yet) The logo looks familiar but it evades me. Anyone? 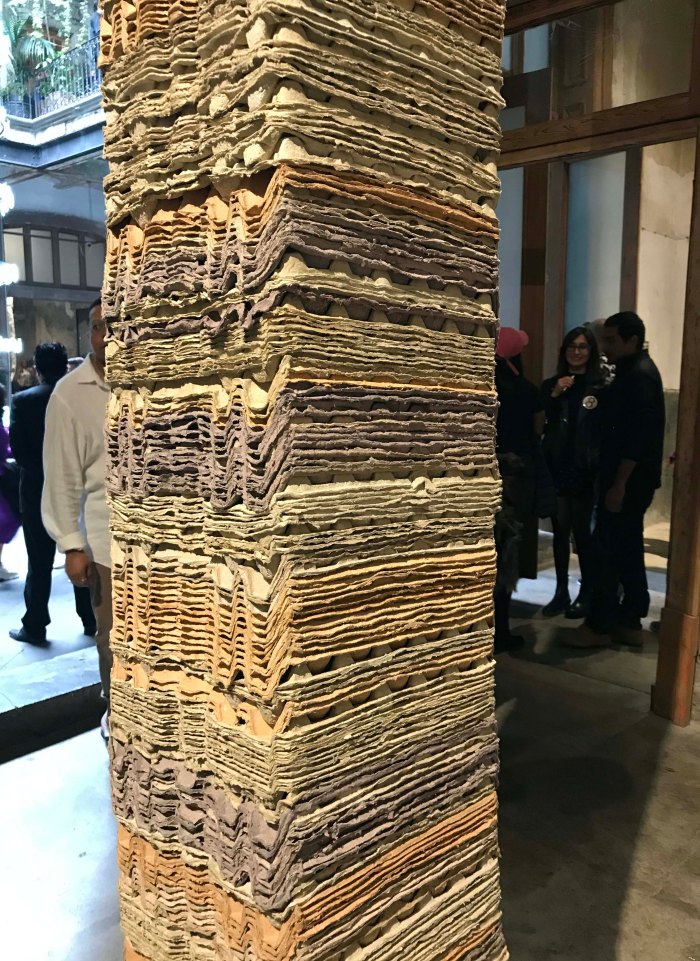 There were 35,000 homicides in Mexico last year. For a population of 120 millions (and change). As a matter of comparison, 970 homicides were committed in France in 2019. (With a sharp increase in recent years). French population is 60 + millions. Do the math.

One might hope that the lockdown finally decided yesterday by the Mexican government might curb criminality… Hopefully. In any case:

125 thoughts on “Welcome to Fear City”