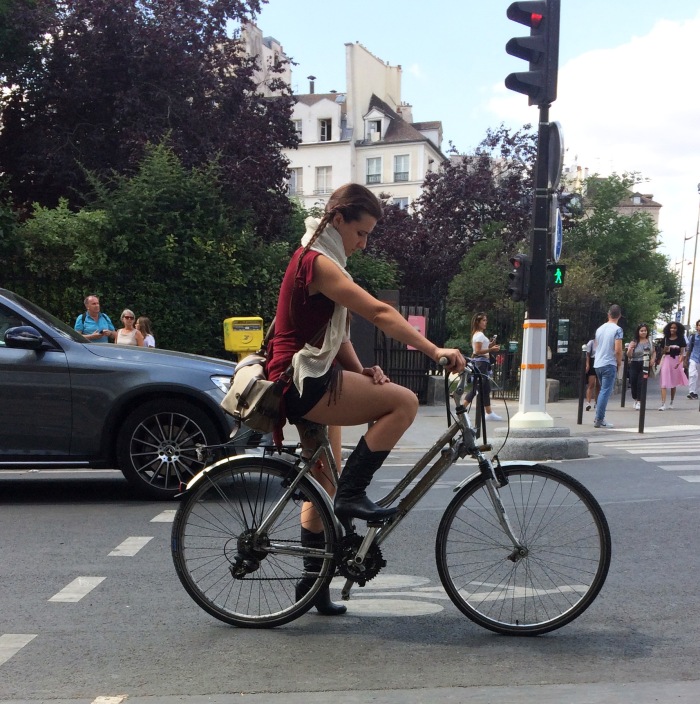 These boots are made for riding. Traveller 30. Quai Saint-Michel. 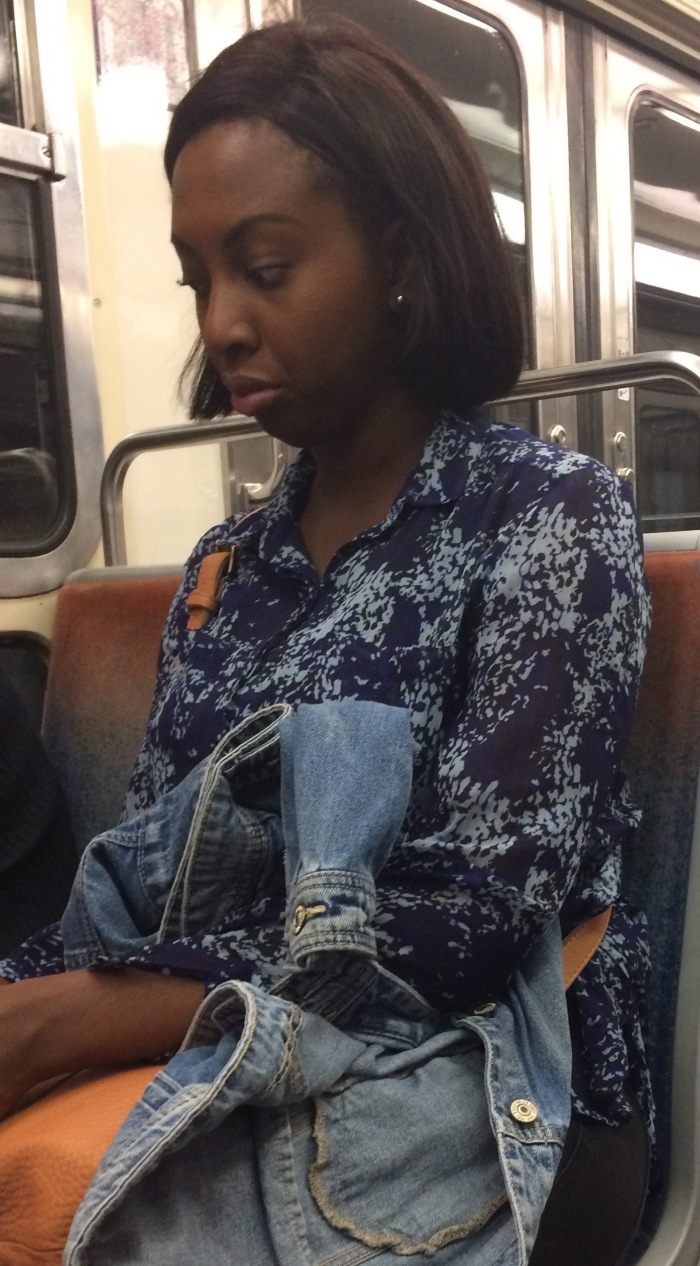 Traveller 33. A penny for your thought. 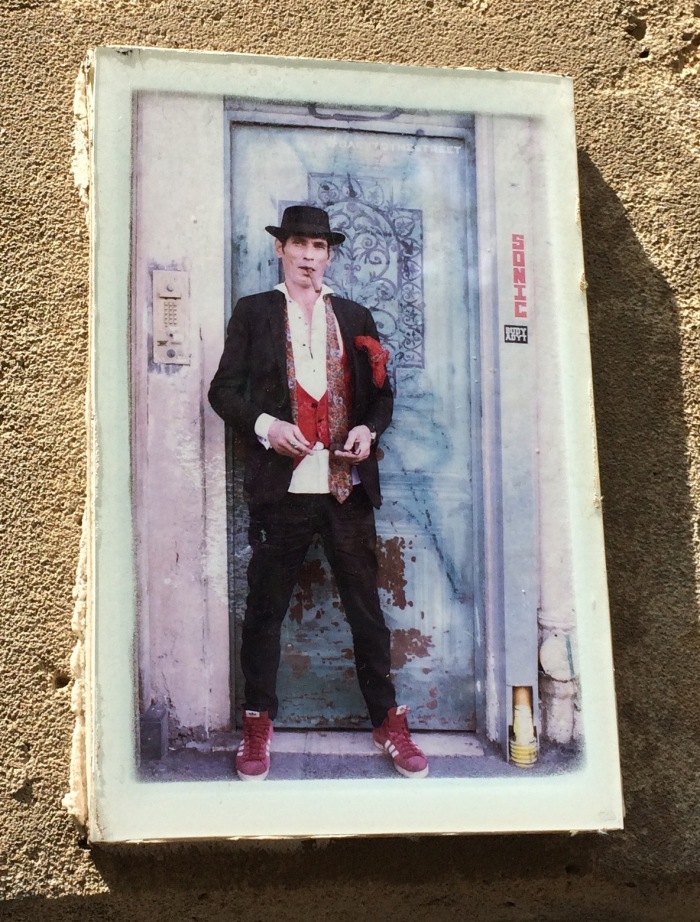 “Backtothestreet”. A unique street photographer who posts his work on the walls of Paris. This was in the Marais. You can find the link to his work on my previous Traveller post. Or just “Boogle” him. No Traveller number. Not mine. I wish. 🙂 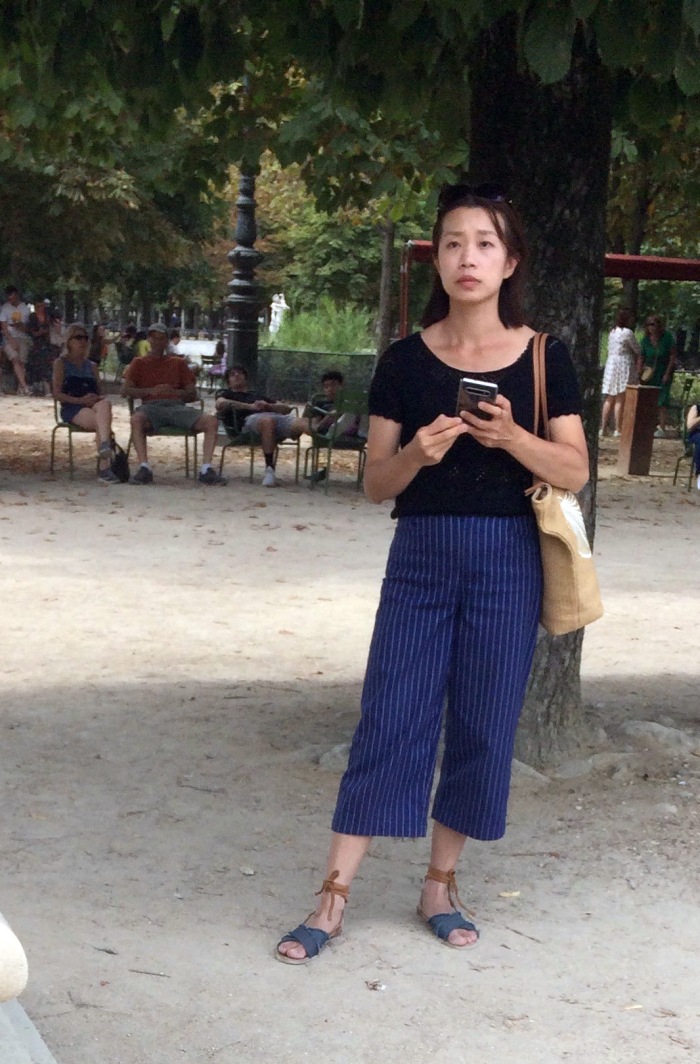 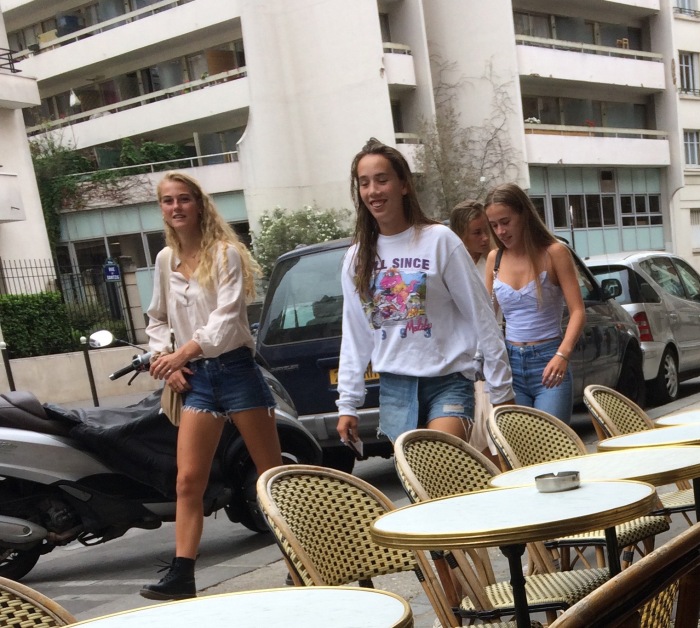 Move out, we own the world. Travellers 35. Rue de Dantzig. Dantzig, aka Gdansk in Poland is the reason WWII started, when Hitler attacked the city. The Czechs had been abandoned by Chamberlain and Daladier in Münich. There was no option left but to declare war when Poland was attacked. BTW, did we just abandon the Kurds to Turkey? 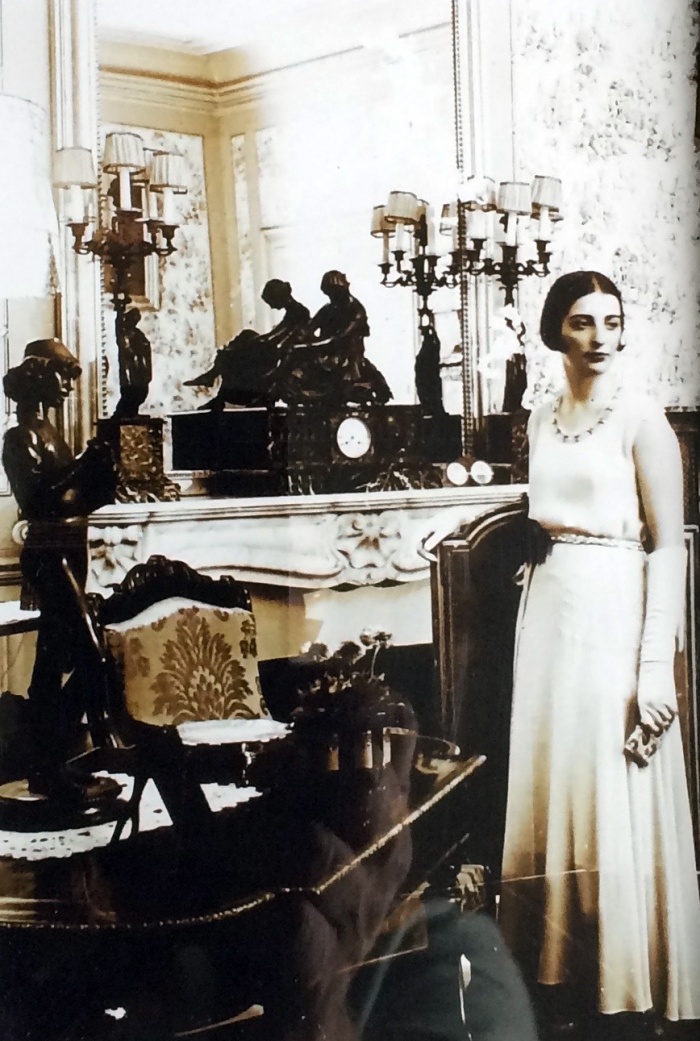 Bastia, Corsica, mid-30’s. The aunt of an old friend of mine. Original is a glass plate. (c)ourtesy Vannina and Pascal. Those long gloves lasted for some time. My mother wore those at cocktail parties until the late fifties.

Tats again. Traveller 36. Bassin des Tuileries. Tattoos seem to have exploded last year. Or maybe the hot Paris summer revealed more? The Bassin des Tuileries was a favourite place for kids to rent a small sailboat and float it across the water for a while. Haven’t seen the boats lately. Probably banned by the Mayor for safety reasons. Tsss.

Blonde is the new Black. Traveller 41.

Thank you for travelling on Equinoxio’s Time-Space shuttle.