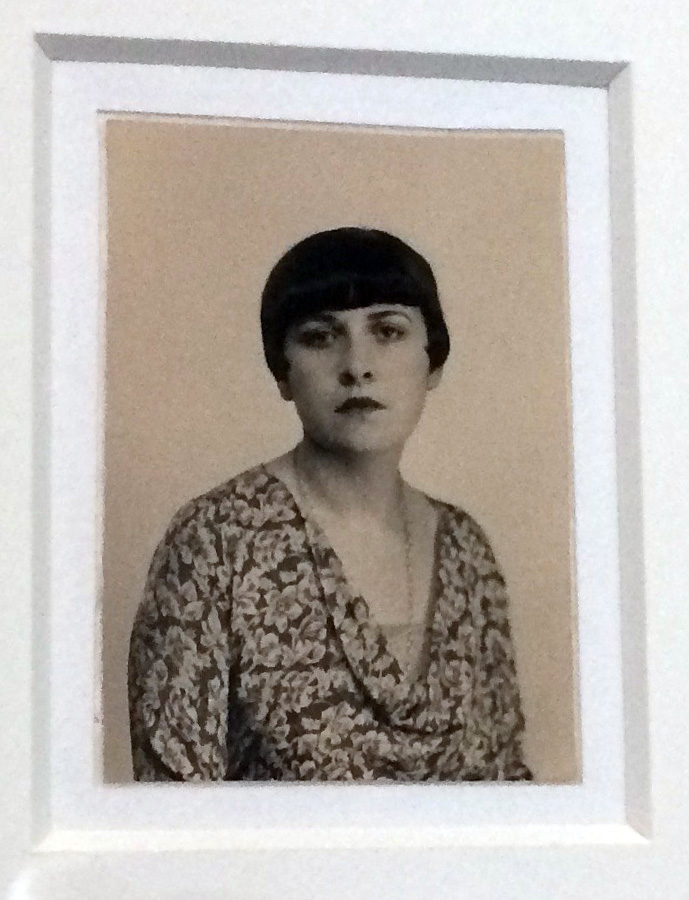 Dora Maar (1907-1997). I knew (of) Dora Maar only as one Picassso’s many models and mistresses. I had no idea that she was one the 30’s top photographers and artists. She was friends with Breton, Aragon, Brassaï and many others who formed the brilliant Paris art scene of the 30’s. That was before she became Picasso’s umpteenth mistress and he broke her as he broke many others. He was a great artist, but a true S.O.B. No disrespect to Picasso’s mother.

Fashion photograph by Dora Maar (Born Henriette Theodora Markovitch). c. 1935. That expo at Pompidou shows the wide range of Dora Maar’s work, from fashion and advertising photography to painting which she took up later. See the contrast with the next photo:

Assia by Dora Maar, 1934. Assia Granatouroff (1911-1982) was born in Ukraine in what was then the Russian Empire. After the revolution in 1917, her family left for Paris where she arrived when she was 11. One of many Russian émigrés in Paris, she found her way modelling for the best photographers, sculptors and painters of the time. Look at the difference between the dressed up lady above and the sunlit modernity of Assia. She could walk the streets of Paris today. 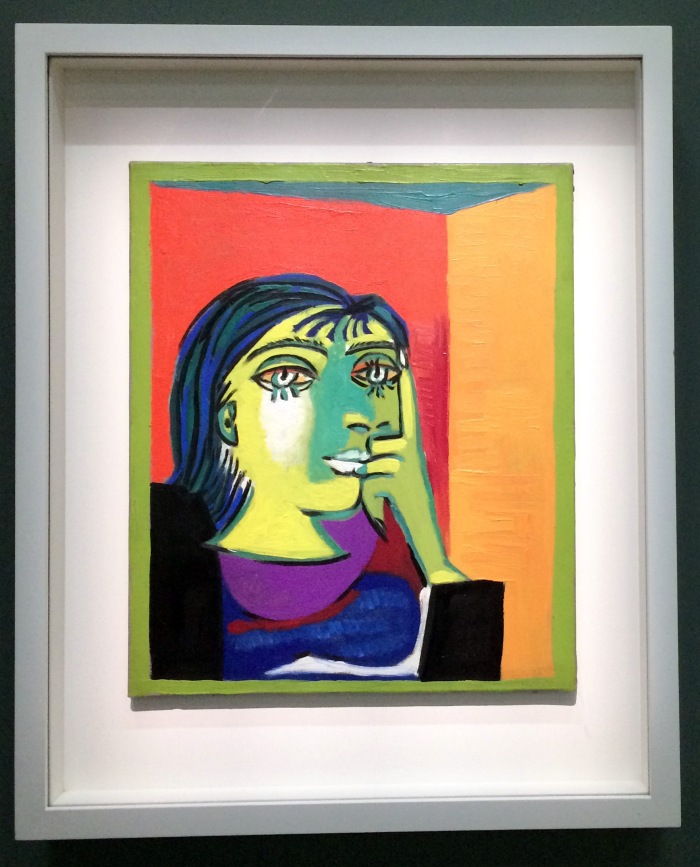 Portrait of Dora Maar, by Picasso. Late 30’s, early 40’s. (All rights reserved, etc. etc.) Compare with the photo of Dora Maar above.

Françoise Hardy by Jean-Marie Périer at the Grande arche de la Défense. One of the yéyé girls, Hardy also was a favourite model for photographers in the 60’s. The metal dress (a wee bit cold in winter) is by Paco Rabanne. 1966.

Young Maasai warrior, during the adulthood ceremony of Eunoto. Yann Arthus-Bertrand, born in 1946, is (in my opinion) the greatest French photographer alive. His work spans a wide range from Africa to portraits to “Earth from above ” which has been displayed in many countries. This particular expo, called “Legacy”, was rather good. 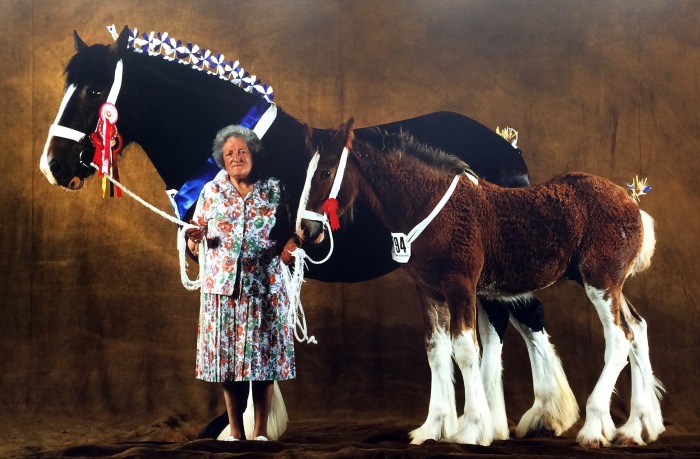 Yann Arthus-Bertrand: Stanley House Duchess, a Shire Mare and her foal, presented by Mrs Hull, Lancashire. (“4,000 holes in Blackburn, Lancashire…”). The foal may be taller than some horses or poneys I have ridden. Beyond the grace of the picture, I’m glad some people still fight to preserve those horses who worked for us for thousands of years.

At the Café Procope, founded in 1686, I had lunch with Robespierre, the artisan of the Terror during the Revolution. 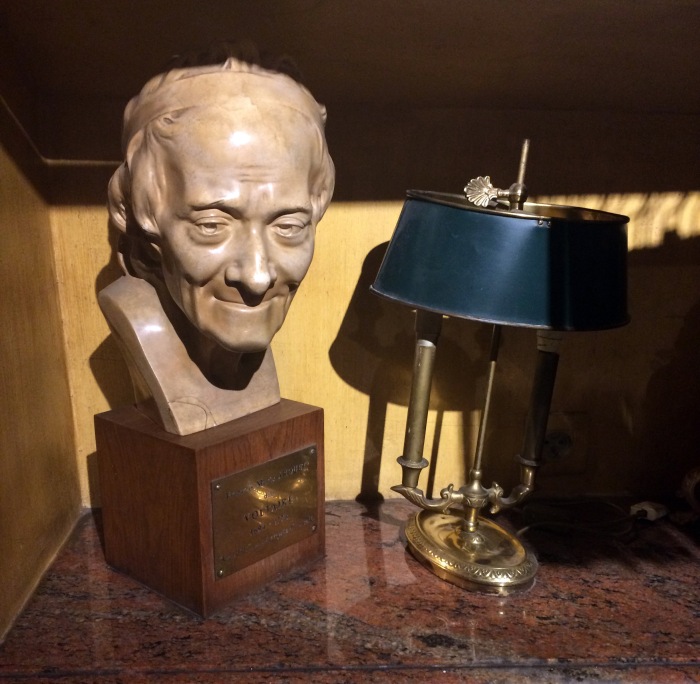 And with Voltaire. (Not Rousseau, who was a darn idiot.) The Café Procope has been a favourite watering hole of the Paris intelligentsia from the 17th century till now. Benjamin Franklin and Thomas Jefferson were frequent patrons. (More on that later) 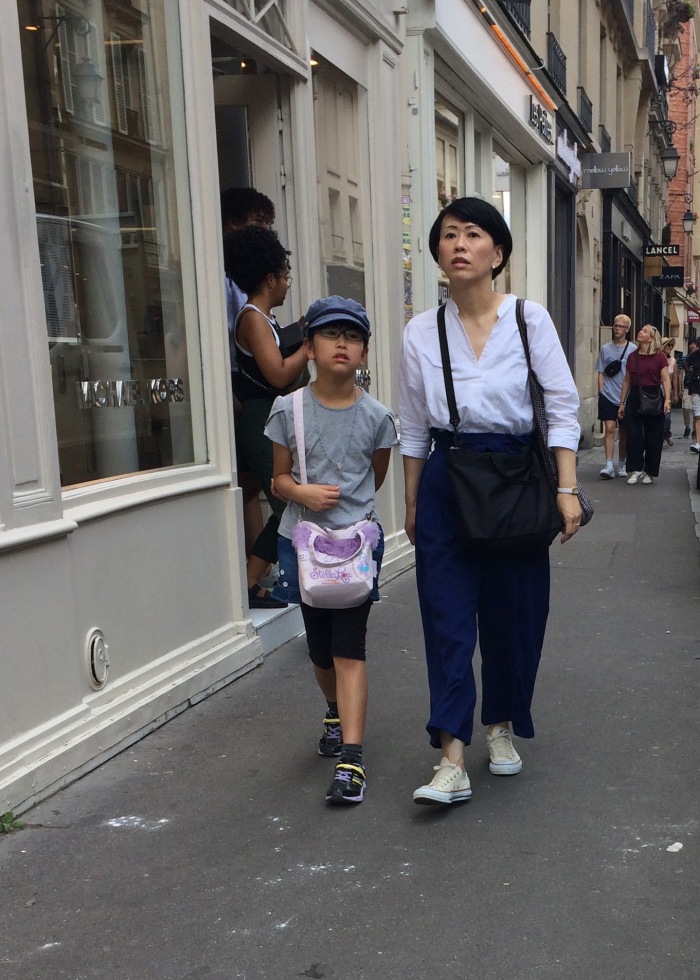 Warsaw, 1931. By Cartier-Bresson. Henri Cartier-Bresson (1908-2004) was then a young man of 23, trying to make his mark on the world. This particular expo (slightly disappointing though) focussed on his early travels in Europe, Italy, Spain, Poland, Germany. 1931… Hitler was – democratically – elected in 1933. A mere 2 years later. I can’t help but think what happened to this old Rabbi and his family, ten years later in the Jewish Ghetto of Warsaw. 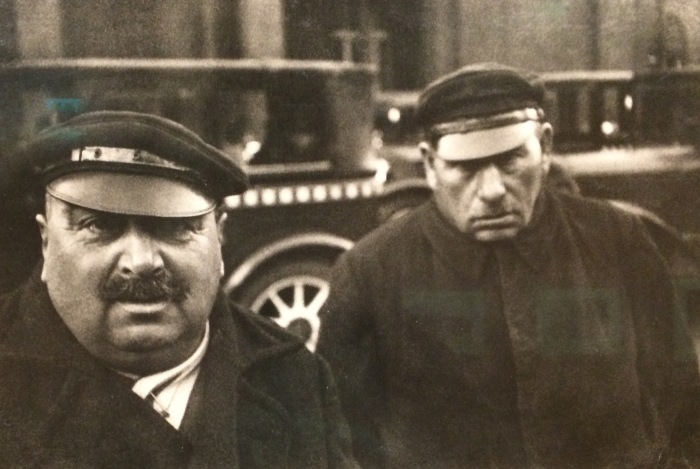 Taxi drivers, Berlin, 1931. By Cartier-Bresson. Who did they vote for in 1933? A thing to ponder when the non-elected Prime Minister of the UK plans to suspend Parliament so the House of Commons cannot vote on Brexit. In 2019? Suspend Parliament?! Excuse me? (Sorry. Can’t help myself.)

Social housing, Montrouge, on the outskirts of Paris. Excellent restaurant called the Timbre-poste close by.

Traveler 5 at the world of Banksy, Paris, 2019. I did make it to the expo. Yeeees! As in many of the topics I have touched on so far, there will be more on Banksy. They recreated many of Banksy’s works on underground walls, using stencils. The effect was… staggering. (I have a thing against the word stunning) 🙂 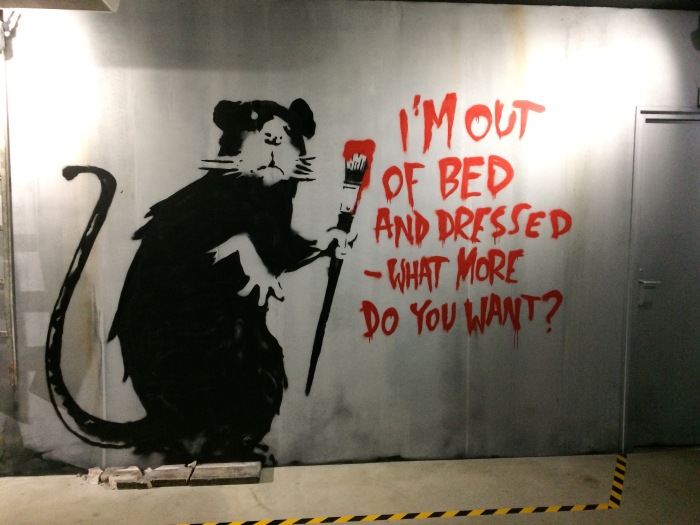 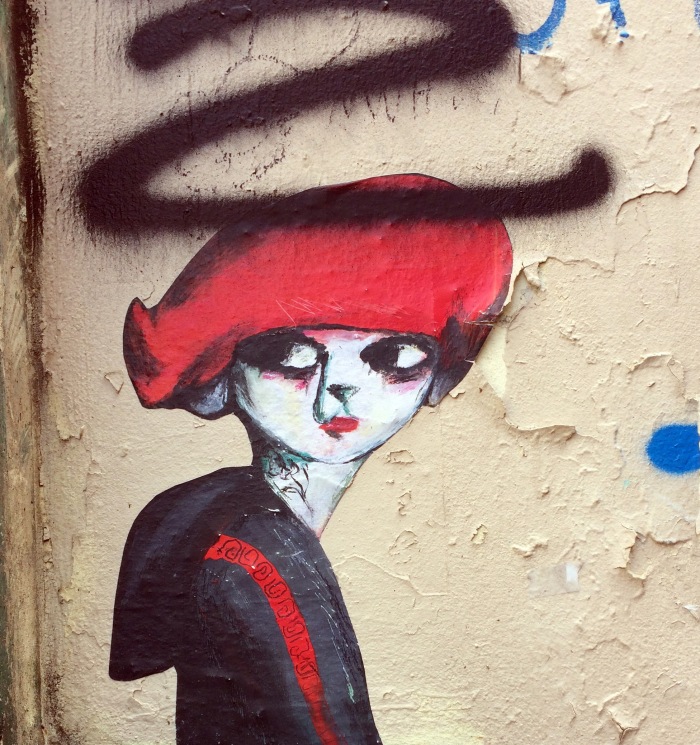 Thank you for flying again Equinoxio’s Time-Space shuttle. A pleasure to have you back on board.