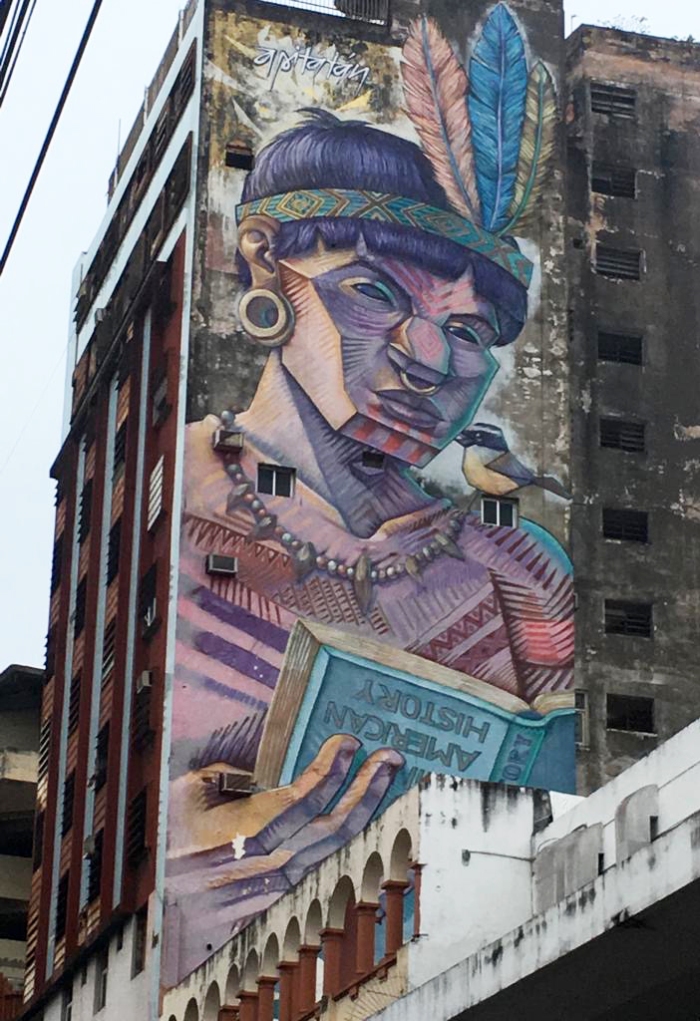 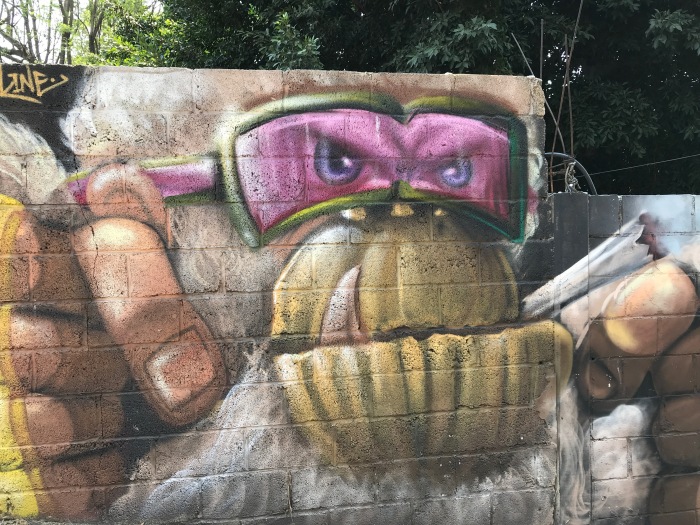 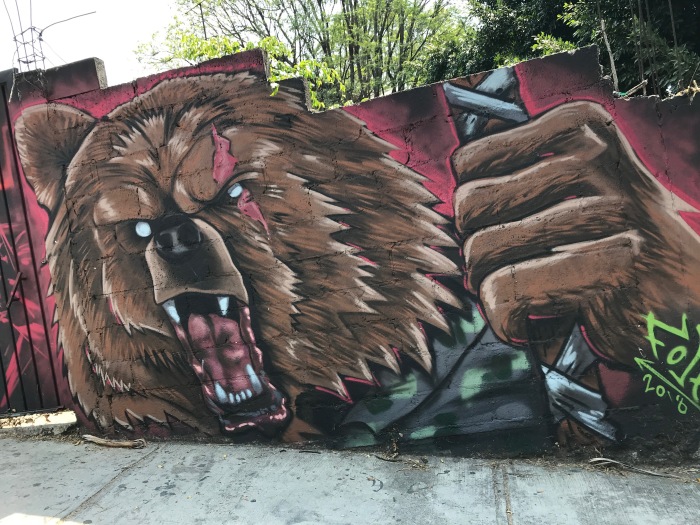 Putin was here. Or was it Kilroy? Mexico. 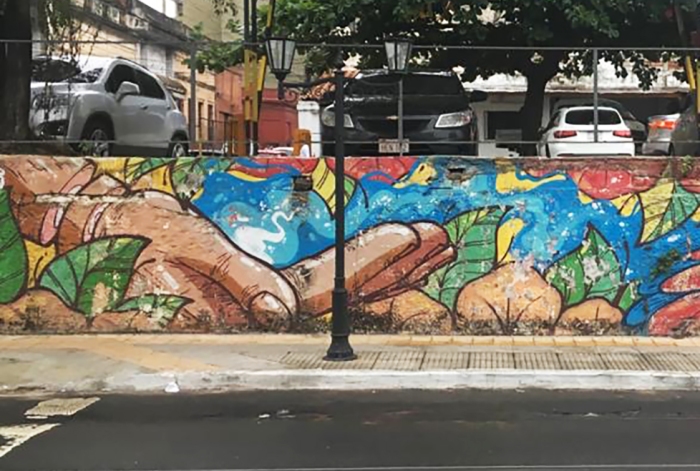 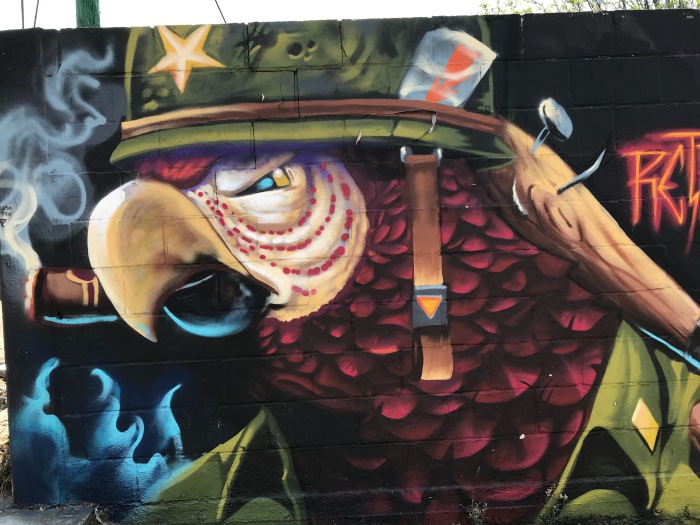 Beach art, Dover. (Source AFP?). This was meant against Brexit a few weeks ago. Serves as a reminder of the thousands of Allied soldiers who boarded in Dover, and other English ports 75 years ago. Americans, English, Canadians, Australians, New-Zealanders, French, and so on and so forth… In a few days, five million soldiers landed on Utah, Gold, Juno, Sword and Omaha Beach, to free Europe. Never forget them.

Speaking of sword. This is MY sword. Mexico. 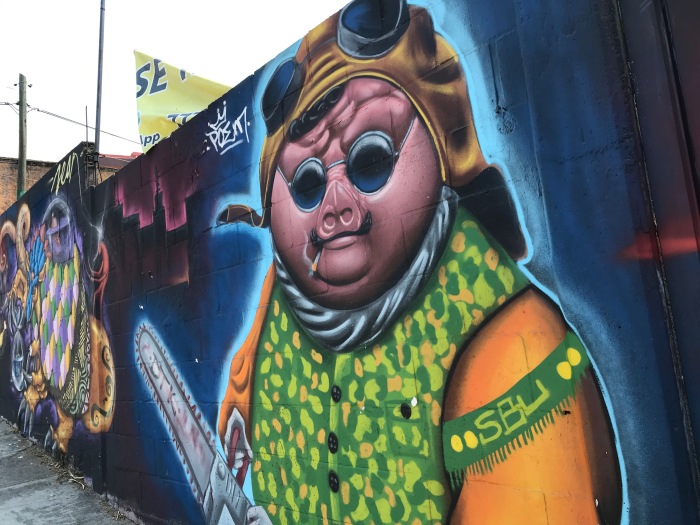 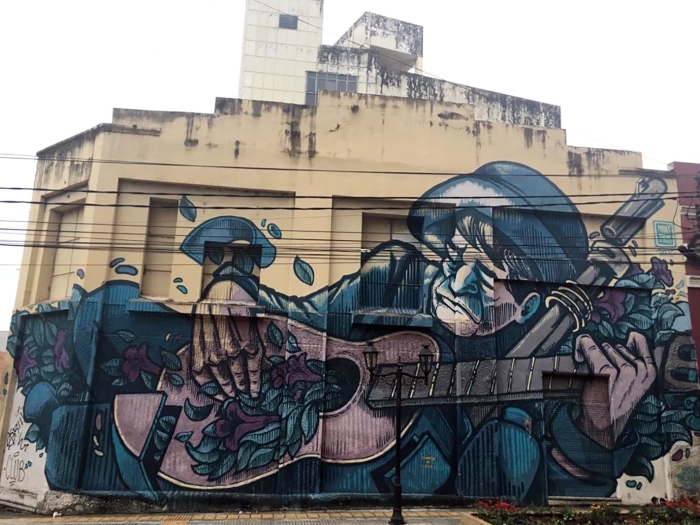 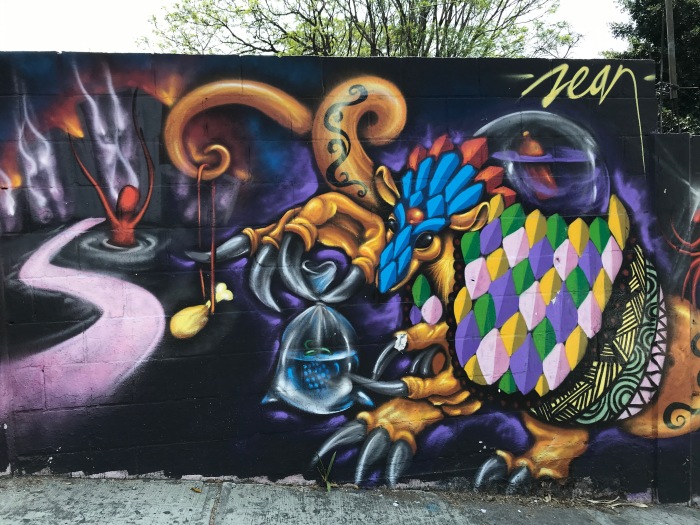 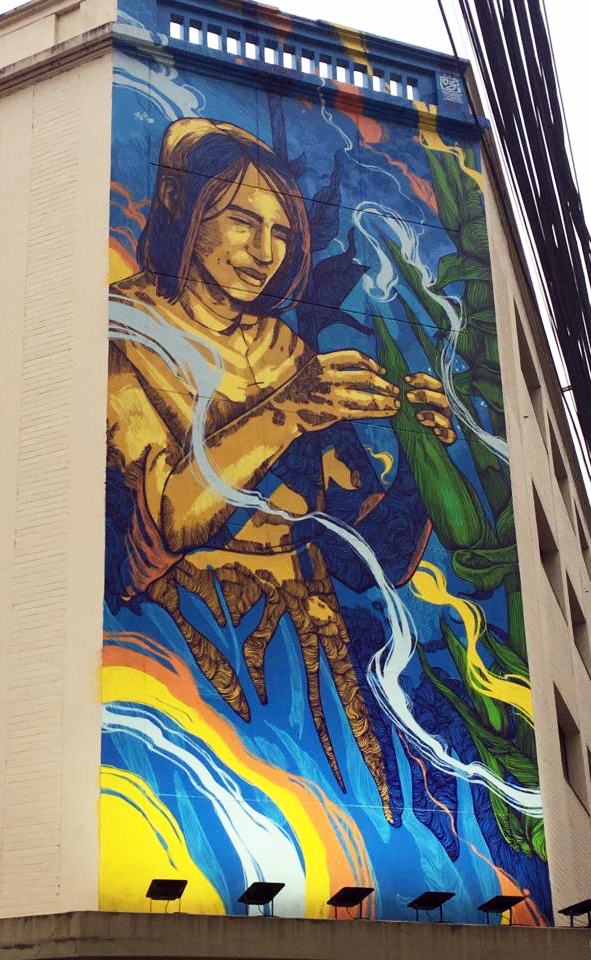 Guarani art, Asunción. The Guarani were an Indian tribe in Paraguay and Brazil. The language Tupi-Guarani has given the names of many a city or a place in the region. Iguaçu, the waterfall on the Río Paraná, between Brazil and Paraguay, means “big water”; i means water, uáçu, big. I thought the Guarani were extinct, but there appears to be – still – 80,000 Guarani living in Brazil, Paraguay and Uruguay.

The rabbit, the fox and spaghetti. Mexico.

Street art in Paraguay, (c) Daughter #1 who went to a Congress there. I don’t know Paraguay. Closest I’ve been was on the other, Brazilian side of Iguaçu falls. The rabbit and the fox (c) Daughter #2. Bogotá art, (c) my brother-in-law, Oscar. Dover SOS pic (c) Agence France Presse. The rest, (c) yours truly. I think.

Yesterday, Tom Rice, a 97 year-old veteran, jumped over Normandy in parachute. Again. 75 years after the first time. Hats off, Ladies and Gentlemen. I was going to copy the link here but they put the Tramp after, so, No. No Tramp. Have a nice week-end.