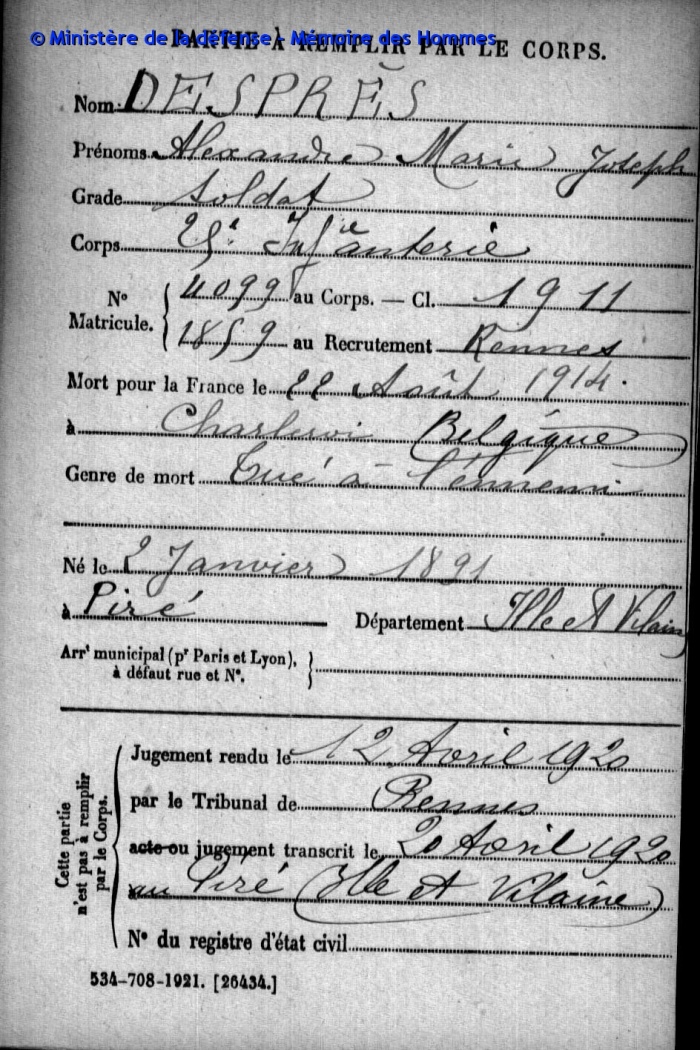 This coming Sunday, a hundred or so heads of states will celebrate the hundredth anniversary of the end of WWI. The meeting will be in France. The war started in August 1914, and ended on November 11, 1918. An approximate 16-20 million died in the conflict. 1.4 Million French, 1.1 million “British Empire”… und so weiter. This is a personal account of the members of the family who fought – or not – in the war. Above: My maternal grandmother’s little brother, Alexandre Després, born in Brittany in 1891, died on August 22nd, 1914, at the very beginning of the war, aged 23.

I have spoken of this branch of the family in “1916, the bride wore black”. I will come back to them. Let us turn now to my father’s side. My paternal grandmother, Julie Onraet had 5 brothers, all born in India.

Frank Onraët, the eldest, was born in 1872 in Etah, near Agra, in what is now Uttar Pradesh. Despite the fancy Indian Army uniform, he was 42 at the outbreak of the war and was not drafted. He spent the war in India, working for Scindia, the Maharadjah of Gwalior. 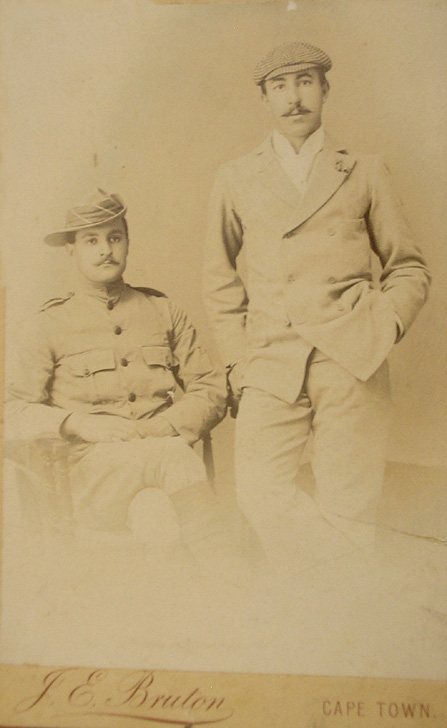 Gaston, left, was born in Etah as well, in 1873. He had emigrated to Canada at the turn of the century. In Saskatchewan. Quite a move from India to Canada! I have close to 100 cousins in Canada, none of whom I know. Though he escaped the war, I don’t know why he is wearing a uniform, in Capetown, of all places. Capetown, where my Kenya-born cousin John now lives. (What a Gipsy family!)

Jean Onraët, born in Agra, lived in France but was not drafted: as a child, he’d been mauled by a panther in Gwalior, who’d torn half of his face away and ripped an eye. Not fit for duty.

In 1914, René Onraët, born in Agra in 1886, was in Singapore, an officer with the Straits police. (I’ve mentioned his incredible story in another post: “A road in Singapore, epilogue”). He spent the war in Singapore, climbing the ranks to become head of the Special Branch. In 1939 he retired to the UK and enlisted in the Army when WWII started. “Duty is duty, old chap!” 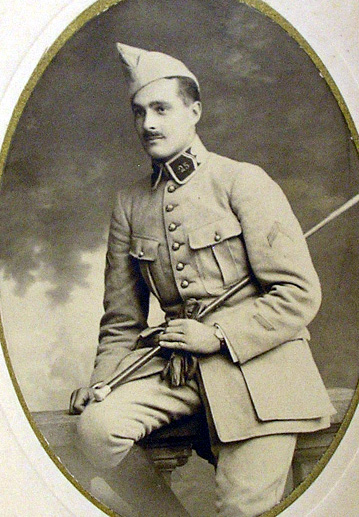 So the only one “left” to fight was the youngest brother: Philippe Onraët, (1891-1968). He was the same age as my great-uncle Alexandre, but he made it in one piece through the war, earning the Croix de Guerre, the highest distinction awarded to soldiers. Ever so dapper wasn’t he?

Women also played a role but we’ll come back to them. On the other side of the family, my mother’s, WWI was a bloodbath.

A family wedding in Brittany, 1916. My grandfather, Louis Prodault is second row from the top, between the groom and bride. The likely father of the bride is either my great-grandfather Prodault, or Després. (Do ask your parents and grandparents all the details and names and write them down!) Note that the bride wears black. My mother, born in 1926 would say that she spent her childhood among women in black, all, or most her aunts. Also note that there are only three young men, all in uniform, at the wedding. The others are either dead or fighting.

Of all the Prodault brothers, only my grandfather Louis (left) and his brother, Uncle Julien, both of whom I later knew, made it alive. The others were killed in action. “Mort pour la France”. The French Ministry of Defense has digitalized the death certificates of all those fallen for France, a unique source of history: 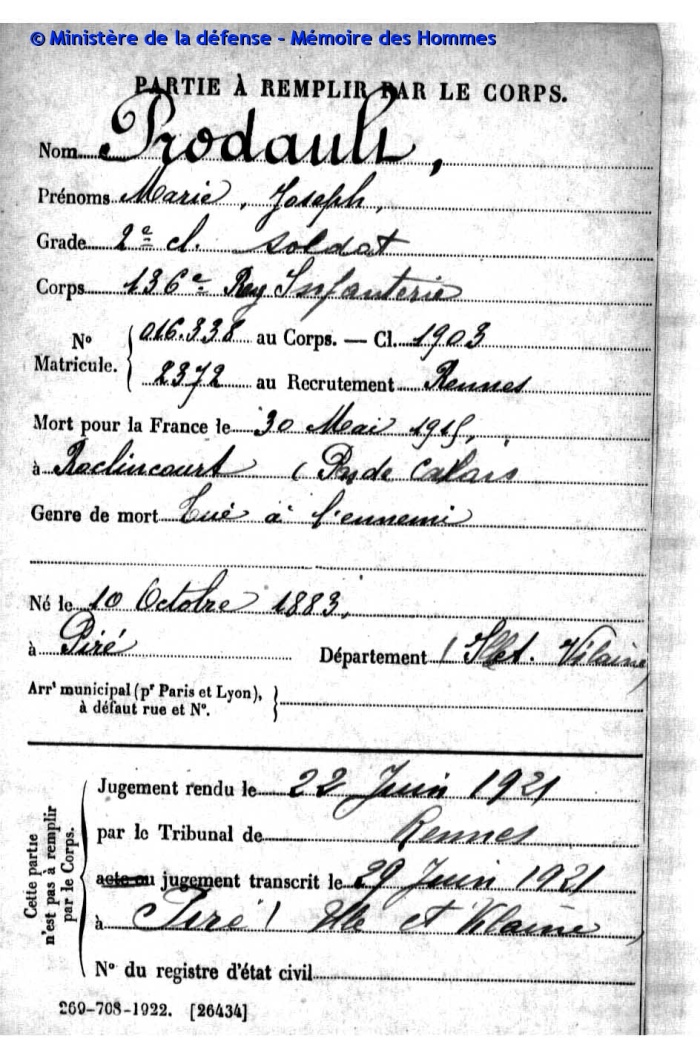 Prodault, Marie, Joseph. May 30, 1918. The last year of the conflict. Less than 6 months before the end. I’ve said it elsewhere, but I can imagine my great-grandmother Prodault crossing herself whenever she saw the postman coming to her house. 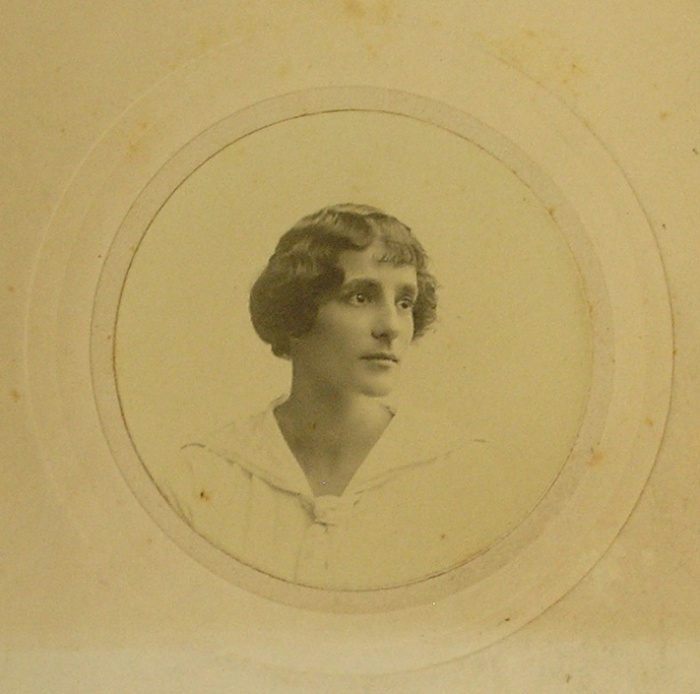 Meanwhile, the women went to war too. Jeanne Onraët, my grandmother Julie’s little sister, was a nurse through the entire war. 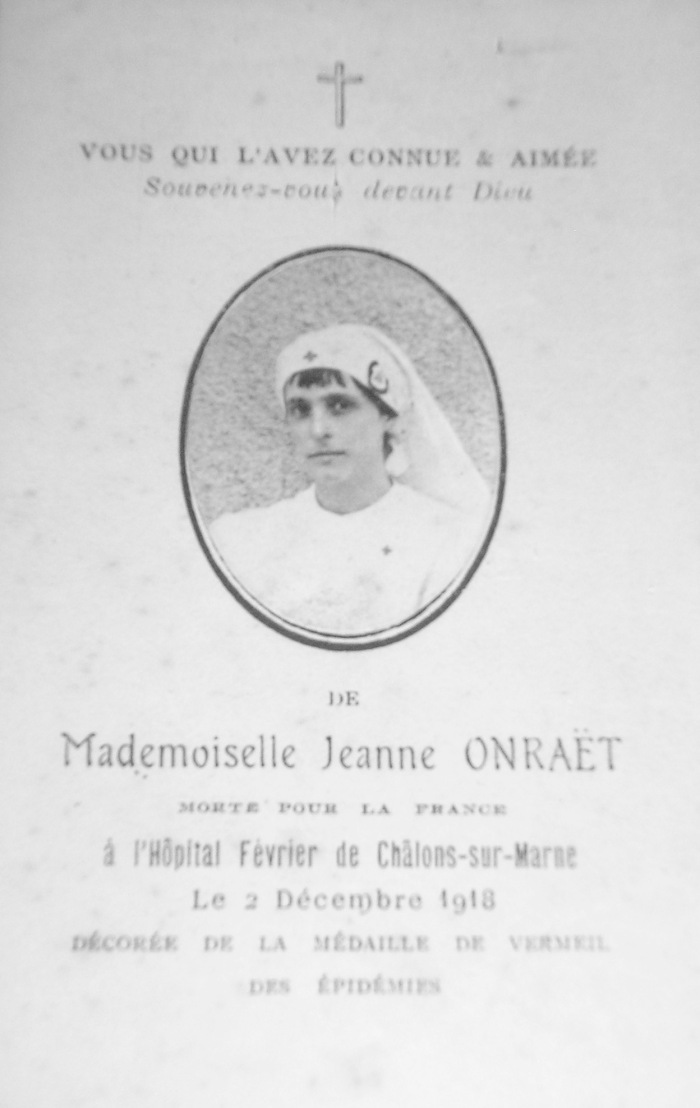 Jeanne died of tuberculosis on December 2nd, 1918. After serving the entire war.

Marthe Goutière, Julie and Jeanne’s first cousin, (My great-grandmother Wilhelmine, was a Goutière,  all India born for more than a century) was also a nurse. Here in Thessaloniki around 1918.

Marthe, with the Croix de Guerre. She died in Thessaloniki at the end of 1918, of the Spanish Flu. The so-called Spanish flu claimed 50 to 100 million lives. More than the war itself, though some might think the flu was opportunistic and took advantage of five years of deadly conflict, bad hygiene (no showers in the trenches really), bodies left out in the field for days until a truce could be negotiated to bury them.

Soooo. Wrapping up a long post. WWI cost the lives of about 20 million people. WWII? About 60? How many would die in WWIII? I figure between 600 million and 2 billion people. And yet, so many idiots seem to have forgotten and have their finger on the trigger. Whatever you do next Sunday, stop for a minute and think of those who fought for us.

On Sunday, close to 100 chiefs of state will attend the celebration. The “Tramp” said he would go. A Forum for Peace, hosted by Macron, will follow until Tuesday. The “Tramp” will not go. Does he have war in mind? Fortunately, our American friends have regained control of the House. Congrats. And keep a close watch on the man.

Have a peaceful week-end.