After a few weeks in Paris, I came back home Froggier than ever. It is so easy to slip – back – into another life after only a few days. Be French again: what is the best Boulangerie in a 500 yard radius? (There are ten). Buy your Navigo Pass from day one. And walk, and walk and walk. Here is a first selection for my dear E-Friends. I hope you had a lovely summer. (Ain’t over yet)

Pont-Neuf. The New bridge, built under Henri IV in 1607. By a quirk of history, (redundancy: History is a Quirk by definition), the Pont-Neuf is now the oldest bridge in Paris. 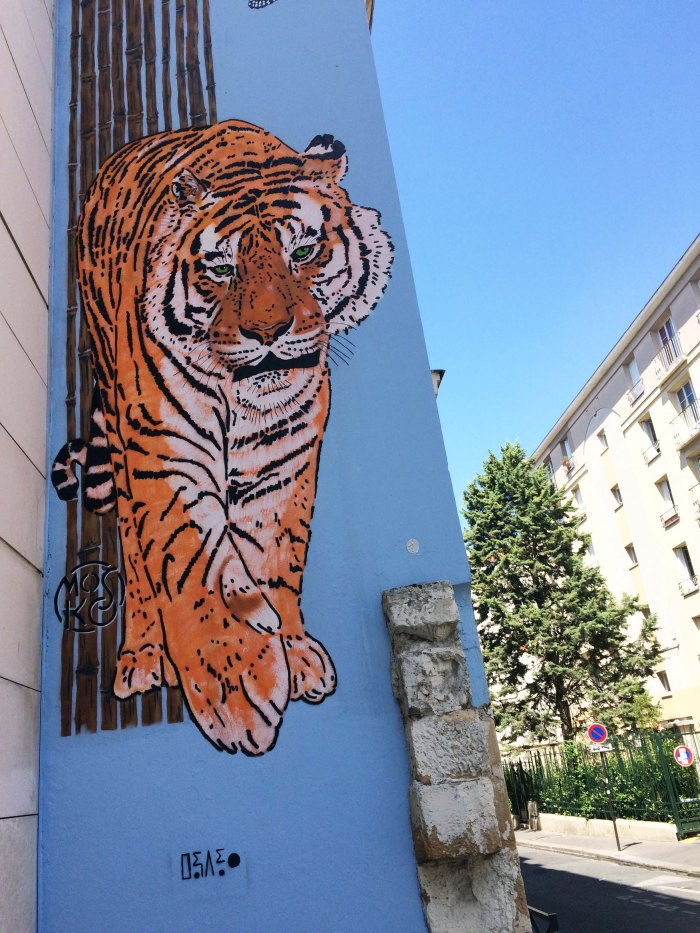 My Lord Tiger, Rue du retrait in the 20th arrondissement. What was called Ménilmontant, one of the many hearts of Paris. I’d gone to see a Willy Ronis expo and by pure chance turned left instead of right and stumbled upon this artful street. A good example of how local politics can favour Beauty in an urban environment. 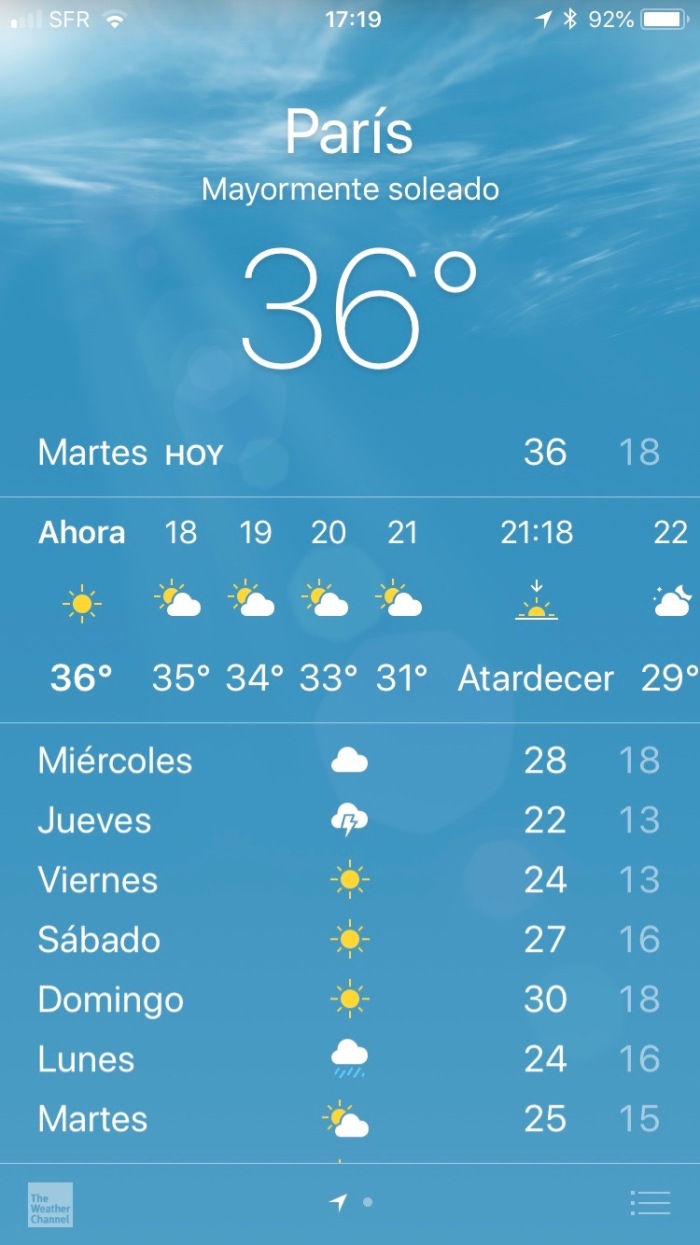 Heat was mostly unbearable, even for an Africa-born Frog. 36C is 97F to the non-metric folks. Paris tend to be hot in the summer, but generally after 3-5 days, a thunderstorm and heavy rain clears the air. In six weeks, it rained only twice. Or thrice? 🙂 Well, unbearable… Just walk in the shadows. 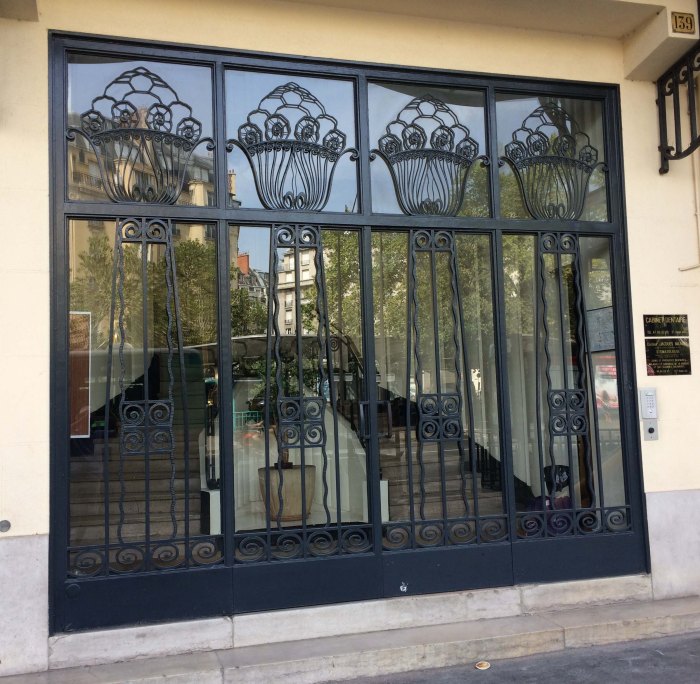 Art Déco door. 15th arrondissement. I noticed a lot of Art Déco buildings on this trip. More to come. I always find fascinating how the architectural style gradually changes into another. Gradually or with ruptures. I particularly like Art déco’s wrought iron work.

Louvre-Rivoli Metro station. One of my favourite stations in Paris. It was designed late 60’s, I’ve always seen it this way since 1970 and my student days in the Latin Quarter. Underwent major restoration and was reopened last year I believe.

Socrates. Born in 470 BC in Athens. 2500 years ago. He and many Greeks vouched for three concepts: Le Beau, le Vrai, le Bien. Beauty and Truth which combined would eventually lead to Good. Truth and Good are under heavy attack lately. Is Beauty the only road left? What say you? 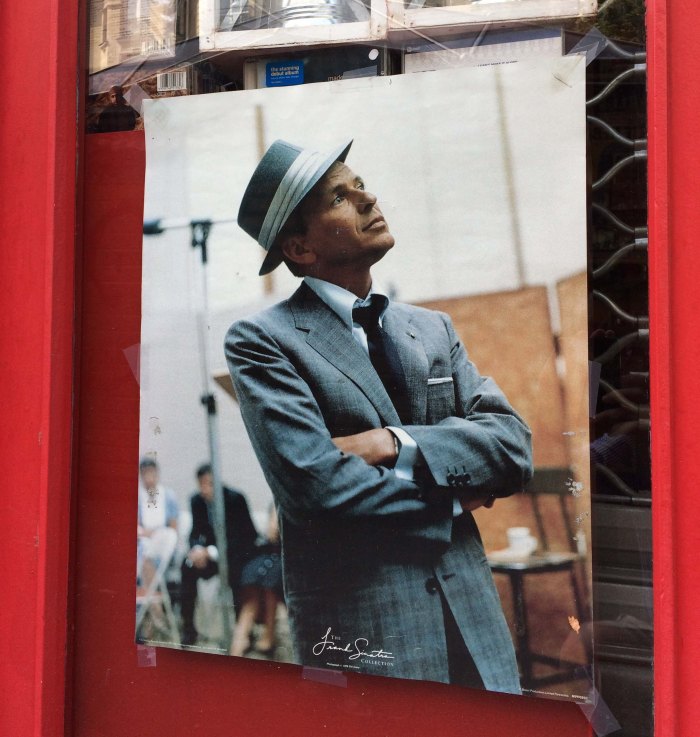 “I‘ve got the world on a string”. (Frankie Sinatra) 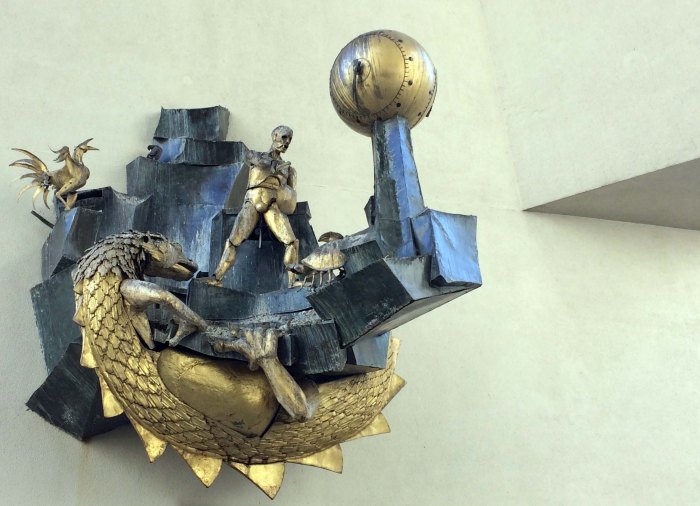 Champs-Elysées, 1925. A calendar on the wall of Suzanne Valadon, workshop in Montmartre. Valadon was one of the rare female painters of the early 20th century. I was fortunate to visit her house at the Montmartre museum. More to come. Pay attention in the calendar to the (very few) cars, the clothes, the little girl. Must’ve been five in 1925? Do the math. 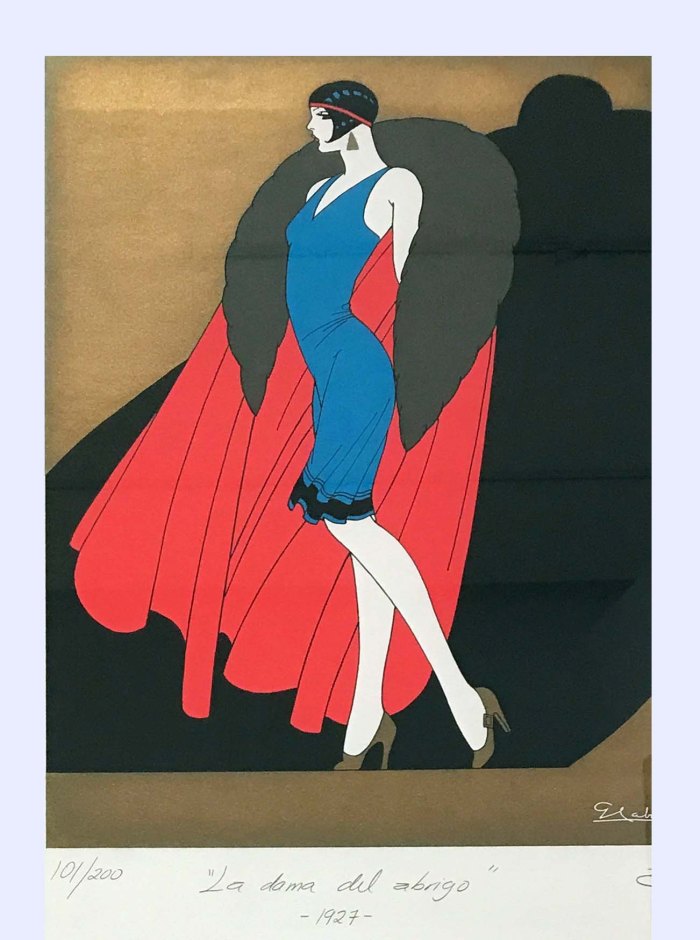 The lady with the coat. Ernesto García Cabral, Mexico, 1927. Allow me to hop across the pond for a minute. Cabral (1890-1968), nicknamed “el chango”, the monkey, was a Mexican artist and illustrator born in 1890. He went to Paris in the early 20th century and came back after WWI. He paints a worldwide revolution: how women liberated themselves of cumbersome clothes and adopted an entirely attitude to life. I will come back to illustrate what I mean. 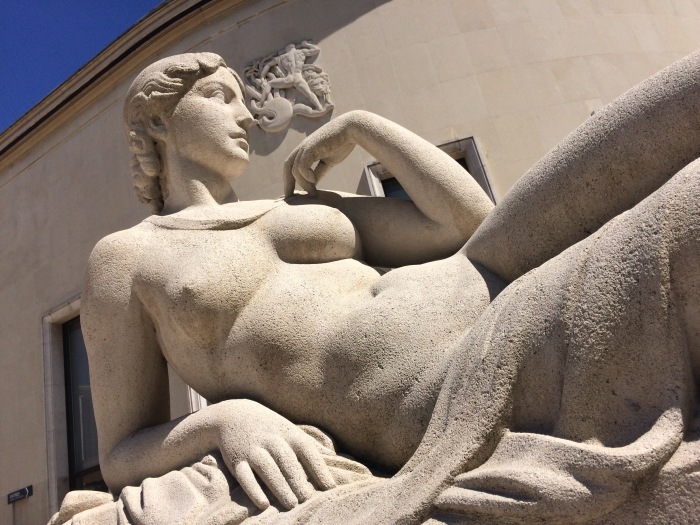 The Palais de Tokyo is a museum of modern art. To be quite honest, I saw much better art in the streets outside. So I could not resist shooting those young women “selfying” in front of a modern art display. (Artist name better kept confidential) Do compare the women’s clothes with the 1925 calendar above. Does freedom of mind come along with freedom of clothing?

Voilà. Thanks for hopping along on this first Paris Journey. Have a lovely week, all of of you, wherever you are.

79 thoughts on “A morning walk, Paris”