Previously on Equinoxio: The Time shuttle was attacked in Xochicalco by Jaguar and Eagle warriors. Scotty said: “I can handle it. I’ll beam you to San Angel, the Saturday’s bazar, South of Mexico city. You will just have to walk your way back.” We were greeted by the charming Catalina above. Unarmed.

“And the eye was in the grave and looked at Cain.” Victor Hugo. The legend of the centuries.

The King of Death. Santa Ursula.

“Scotty! Come on! Santa Ursula is ten miles away!” 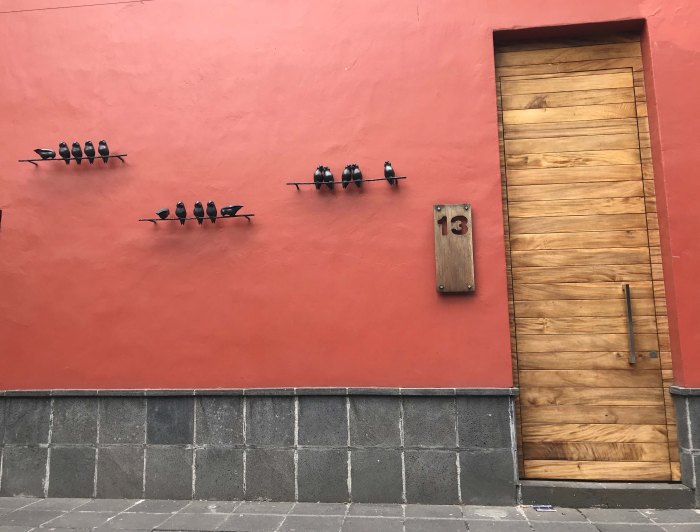 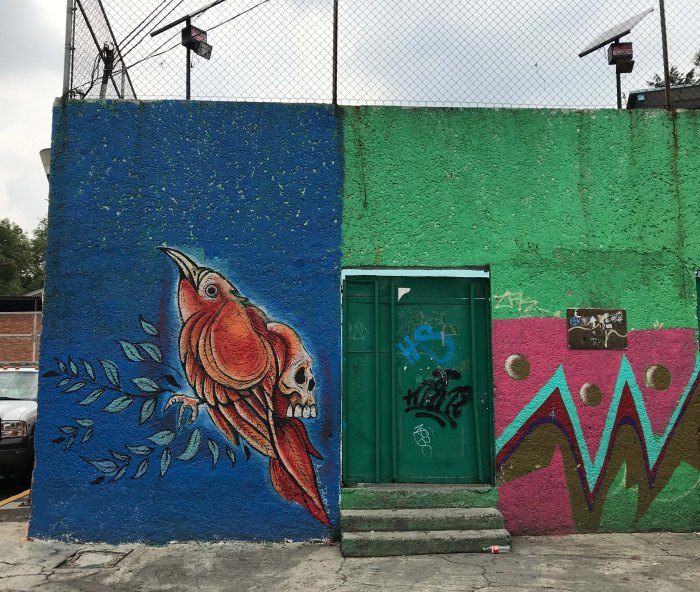 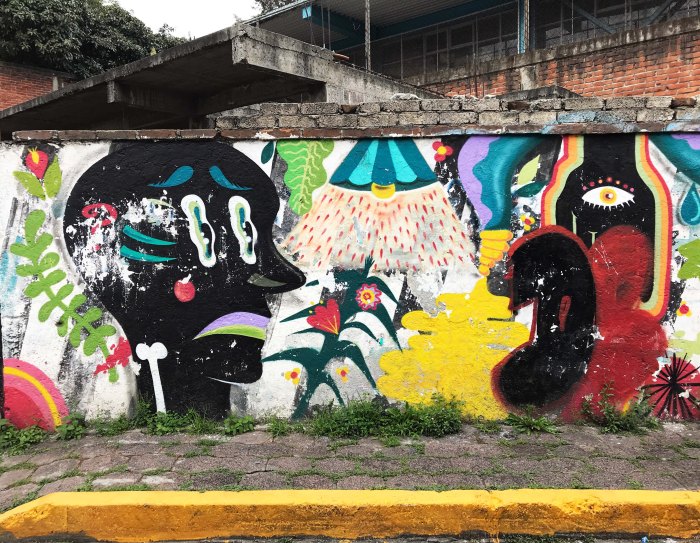 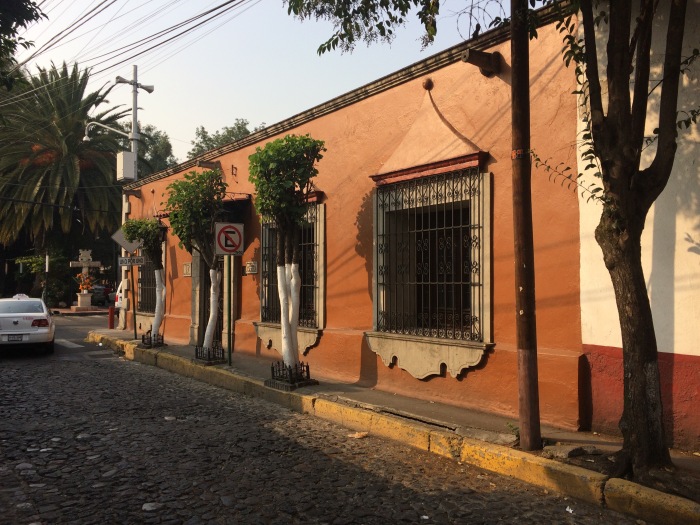 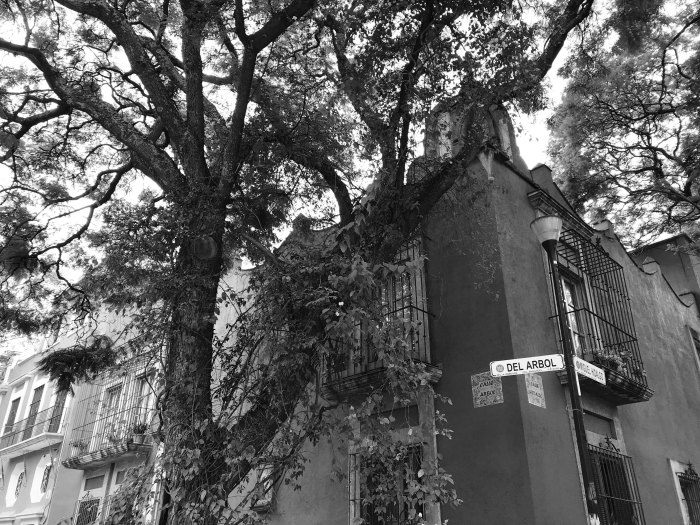 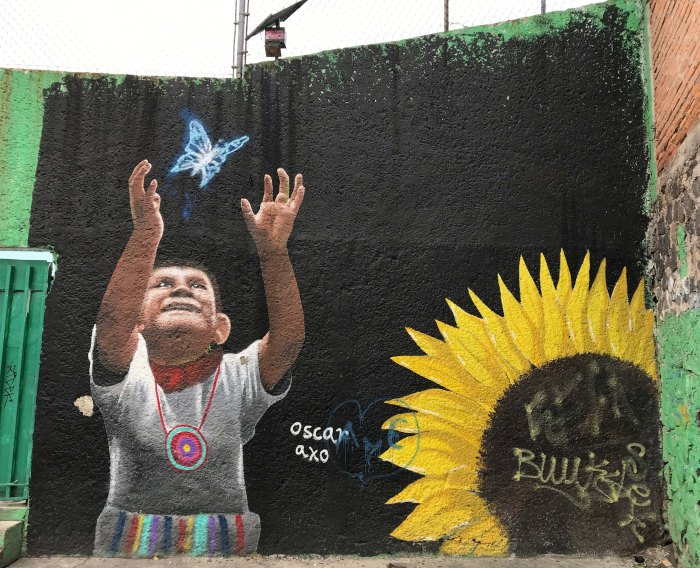 Two streets away. A veritable treasure of street art in just a few blocks. San Angel.

Tlalpan again. Scotty promised this was the last glitch. From now on we will walk in San Angel only. 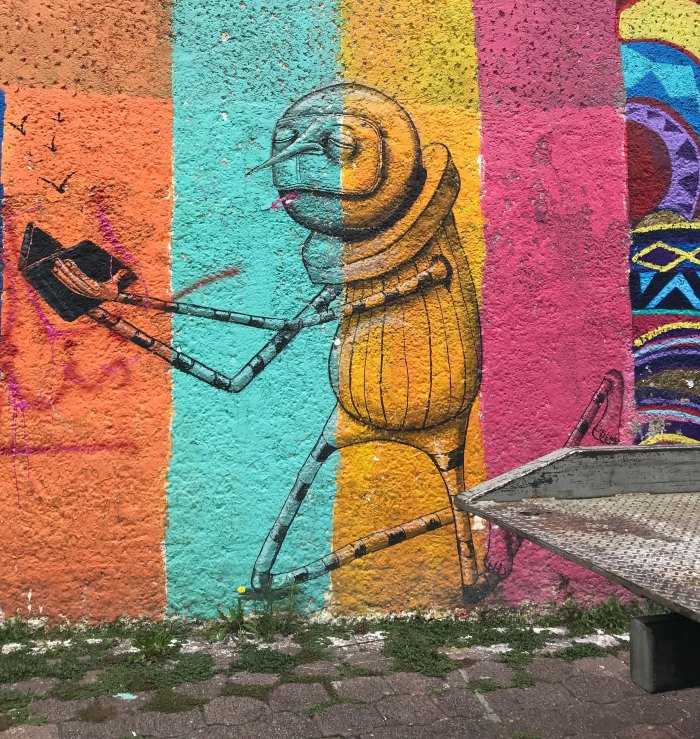 California dreamin’. (Let’s see who figures it out) 🙂 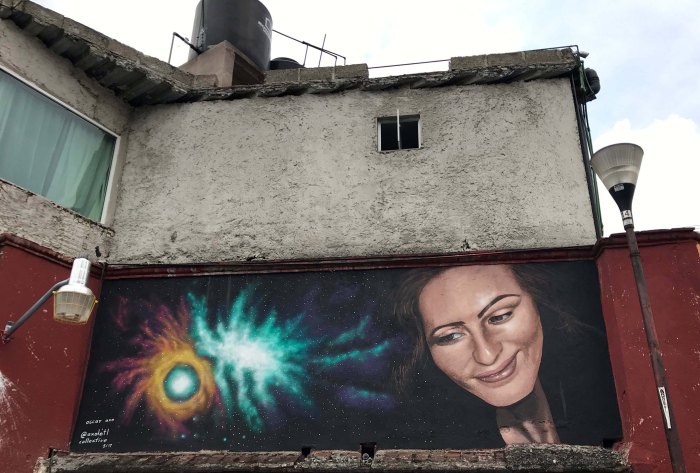 The King of Birds.

Long live the Queen of Birds.

Thank you for joining us on yet another bubbly trip on Equinoxio’s Time-Space shuttle. This blog will likely be put on stasis for a few weeks, as we are flying to Paris this week-end. And I’ve never been able to travel and post at the same time. Hence the longer post. Scotty has stern instructions to fix all the bugs meanwhile. ‘Will try to stay in touch as much as I can. Have a delicious summer all of you.

75 thoughts on “A morning walk, Mexico”