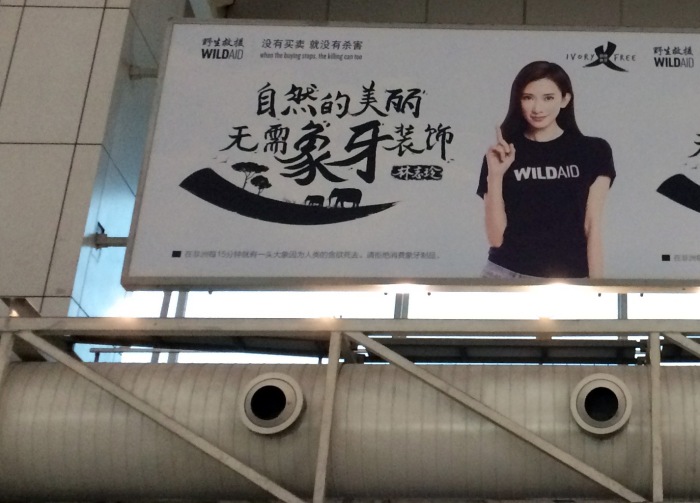 Guang-xho (Canton) Airport. “When the buying stops, the killing can too.” Campaign to stop the buying of ivory and – hopefully – end elephant poaching. First time we set foot in Mainland China. Impressed.

Close to 40,000 kilometers round trip, more than 60 hours flight. Four or five countries plus stop-overs, this trip to Asia last December was unexpected yet, to say the least, spectacular. Came back delighted. Asia is impressive. There were many reasons to go, one of which was a particular relationship of my family with Asia. Two centuries in India, with my little sister the last one born there in the past century. And the fact that I had lived in Cambodia at the age of 3 to 4. Obviously, don’t remember much except an  encounter with a tiger. So here’s a preview of our trip: 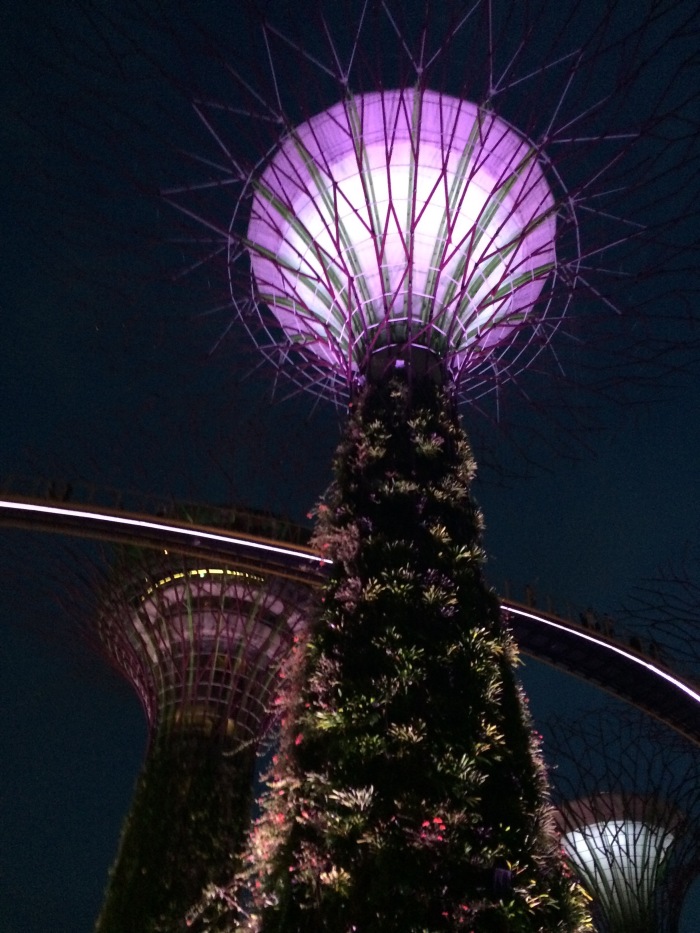 Singapore. Gardens by the bay. Christmas in Asia. Singapore was a shock. In a positive way. A beautiful city. And an idea of the future. Will come back to that. 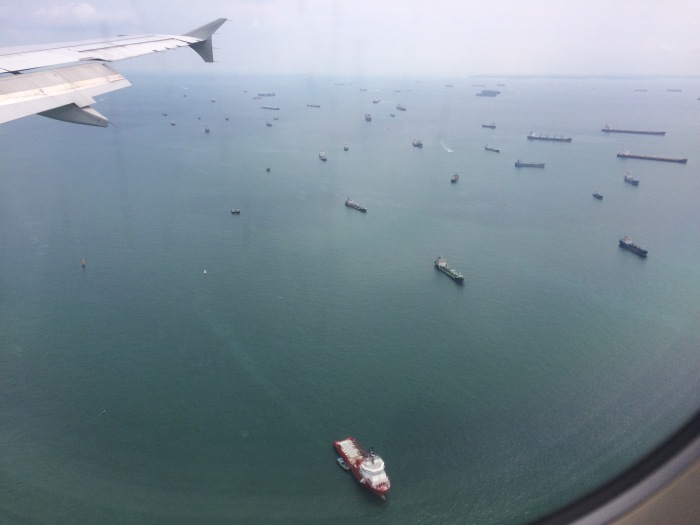 When you fly into Singapore, hundreds of ships are queuing to stop at the harbour. One of the many reasons Singapore is the richest economy in Asia. 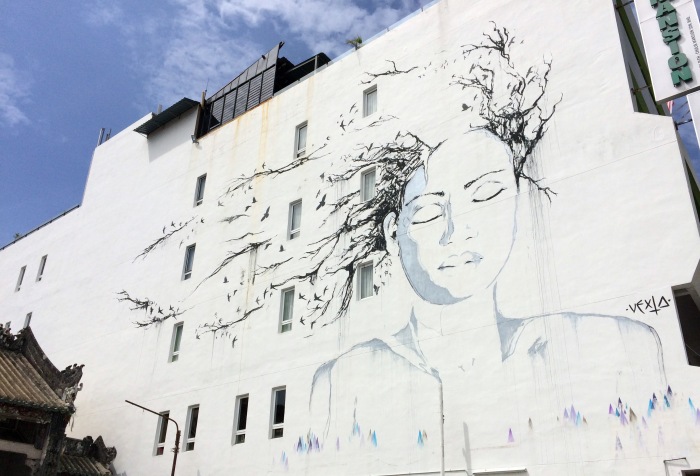 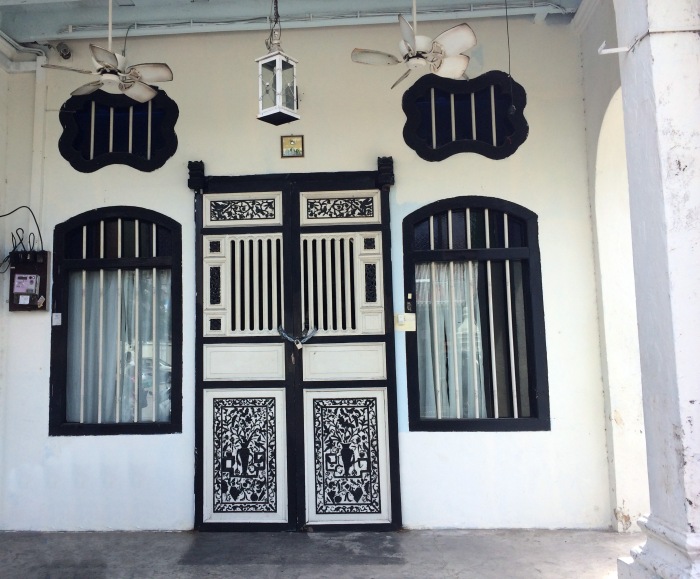 Typical Baba-Nyonya house in Penang. The Baba-Nyonya are the Straights Chinese who settled in Southeast Asia, sometimes as early as the 10th century, though the main wave of settlement was in the 15th-17th century. 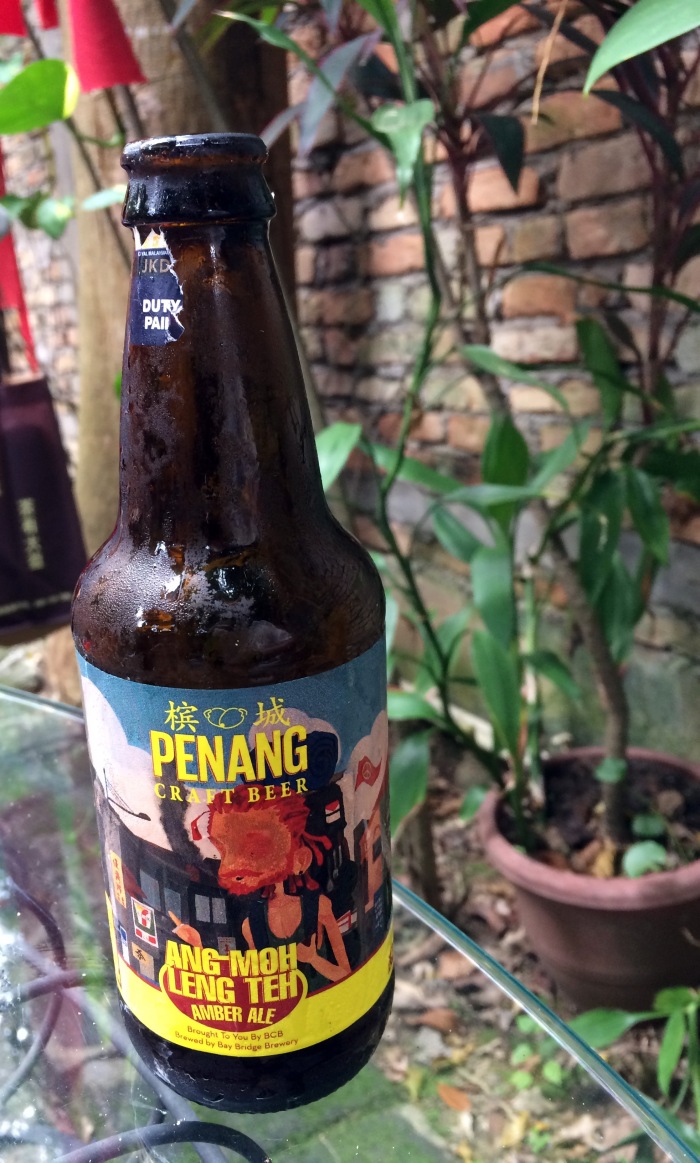 Craft beer at the China House Café on Beach St, Penang, Malaysia. A respite from the heat. 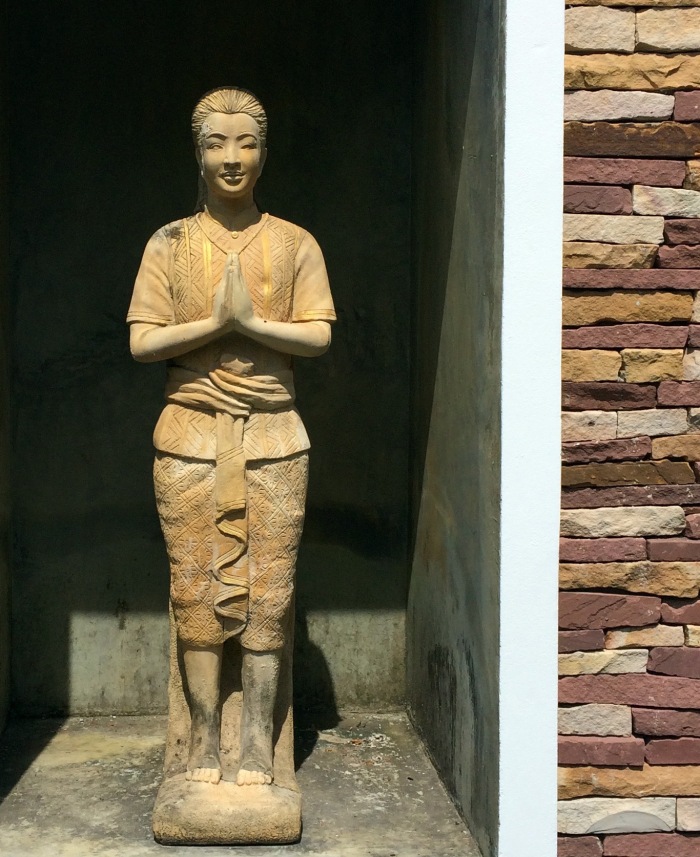 Sawadee kraaaap! Greetings in Thai. If you’re a woman, you say “kaaa”. The two words one most hears in Thailand: kaaaa and k(r)aaaap. Koh Lanta, Thailand. 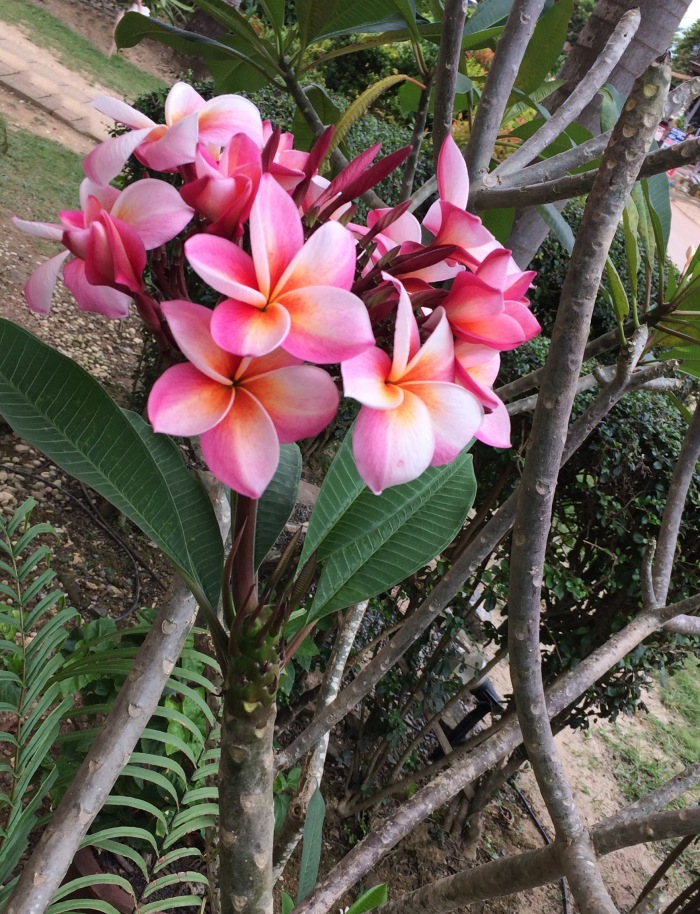 Frangipanier tree, Koh Lanta. It’s called Plumeria in English. The flowers have a very delicate fragrance. Reminded me of my African childhood, with the same trees in the garden. 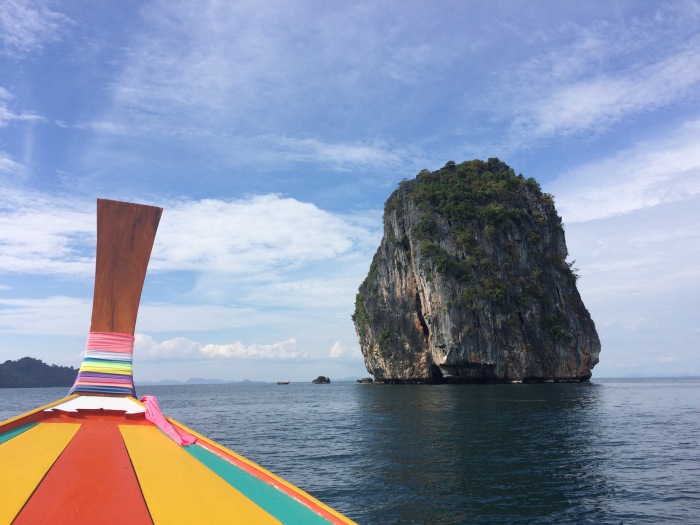 En route to the islands, Koh Lanta. The boats have a very colourful design and shape with a very high prow. 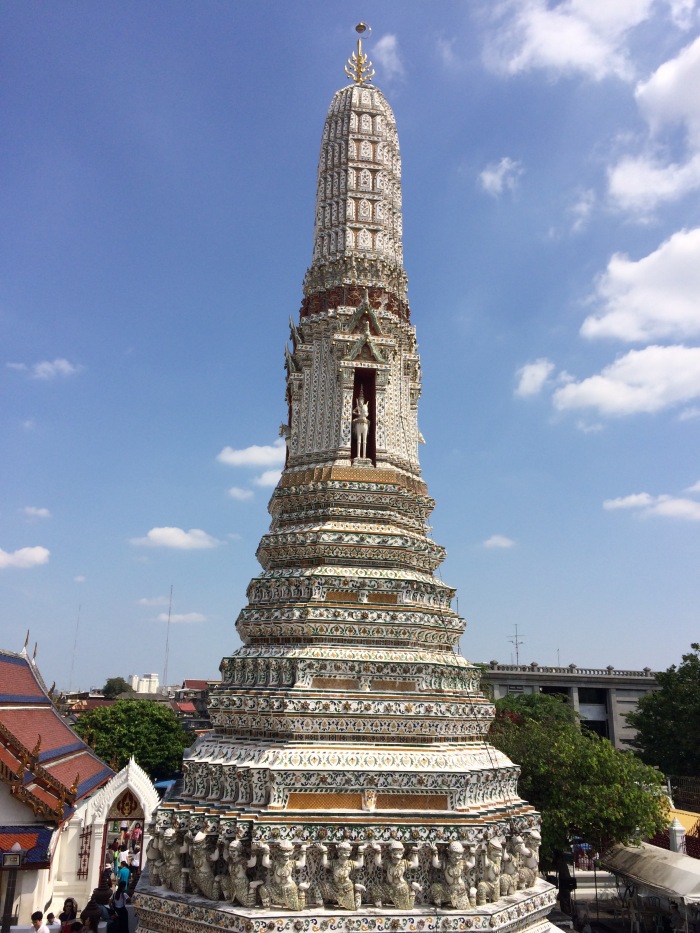 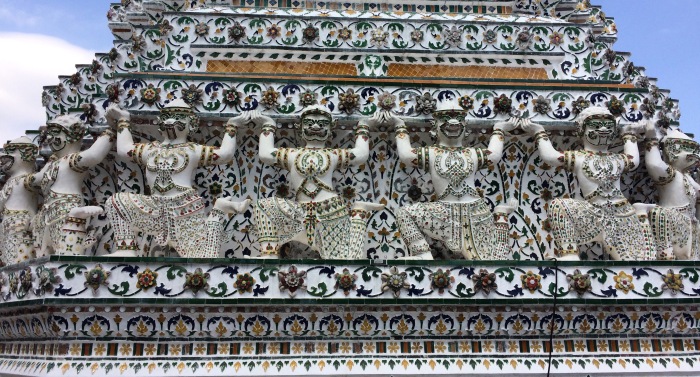 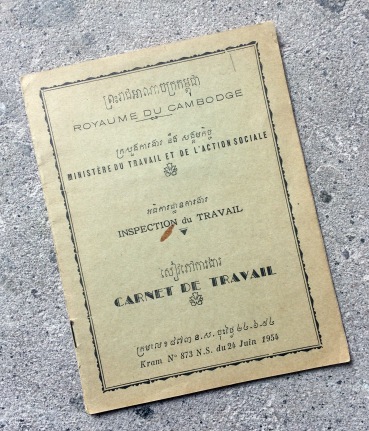 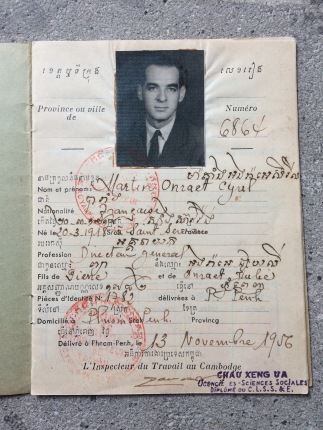 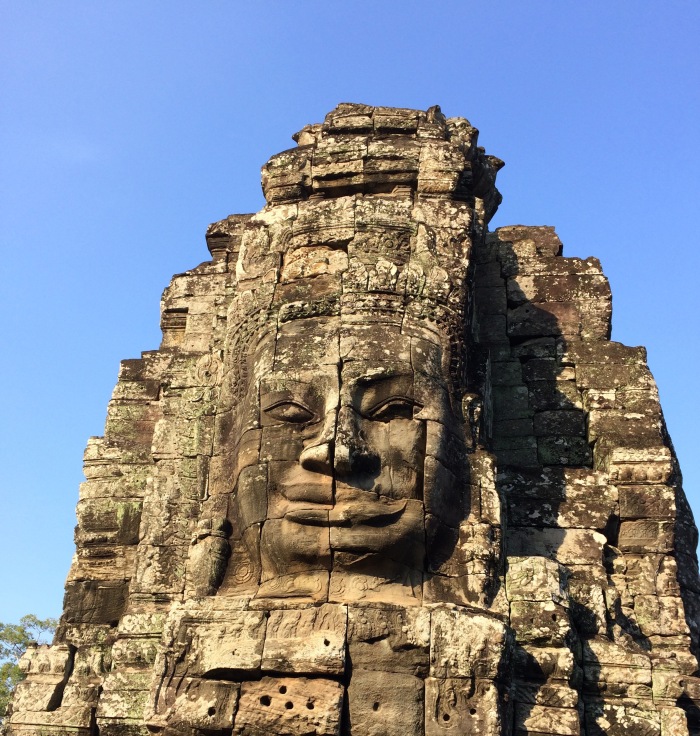 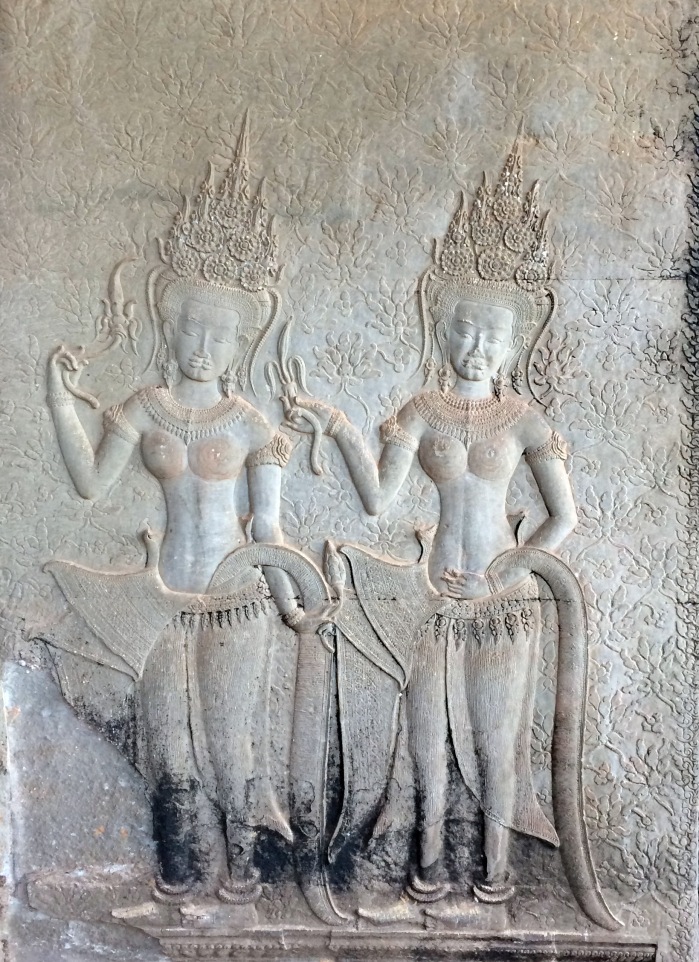 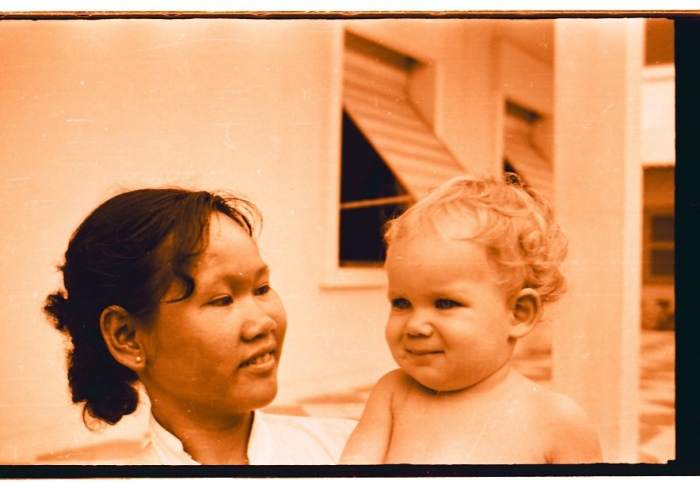 Phnom Penh, Cambodia, 1957, little sister Gaëlle and Ayah Kim. It has been a while…

If you haven’t read about my encounter with a Cambodian tiger, follow this link:

Kop khun krap, thank you for flying Equinoxio’s Time-Space shuttle. Scotty has done a full maintenance on the engines and travel systems. There will be more, much more.

My very best wishes to all of you. May this New year be a happy and successful one.  André Malraux in “La voie royale” wrote: “To arrive means the difference between dreaming and action.” Make your dreams come true. Sawadee kraaap.