Our fearless team of Time Travelers have gone back to Paris-1964 to investigate whether it was possible to modify the parameters of next Sunday’s Presidential election. The fisherman under the Pont-Neuf said: “Pas moyen. Ce pays est ingouvernable.” No dice. This country is impossible to govern. 😦 (You can see the Pont des Arts and the Louvre in the background.) 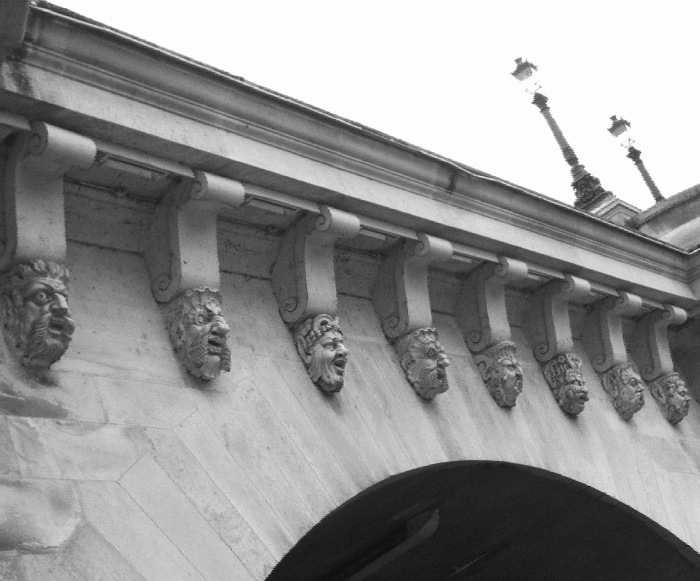 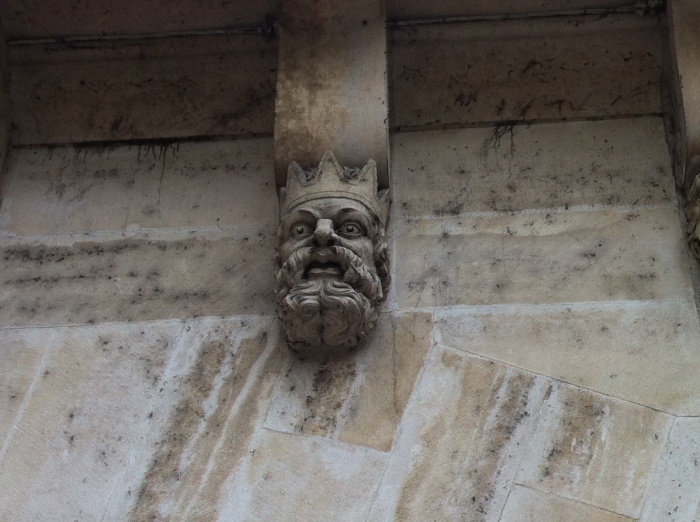 Those are called “mascarons”, probably from the word “masque” (mask in a more sensible language). (I learned something new.) 🙂 There are 381 of those on the Pont-Neuf or New Bridge. Built between 1578 and 1607 by Henri the IIIrd Henri the IVth, it is now the oldest bridge in Paris. It was also the first bridge to be built without houses on top. Think about the Ponte Vechio in Florence with its shops and little houses.

Back to 1964. This shot would be taken from the Ile de la Cité: the Institut de France is on the left. The stairs are still there. Identical. All occupied in the  summer for picnics.

Today, from the left bank. The mascarons represent Greek deities: satyres and sylvains, creatures of the forest. Below the arch, the Ile de la Cité. This shot is taken almost opposite to the previous one: the stairs are on the island, to the right, hidden by the bridge.

Arc de triomphe du Carrousel. 1964. The typical age-old uniform of the policeman left has been replaced by Miterrand by a soul-less uniform that could be from anywhere. But the Arc de triomphe is still there, in the gardens of the Tuileries. 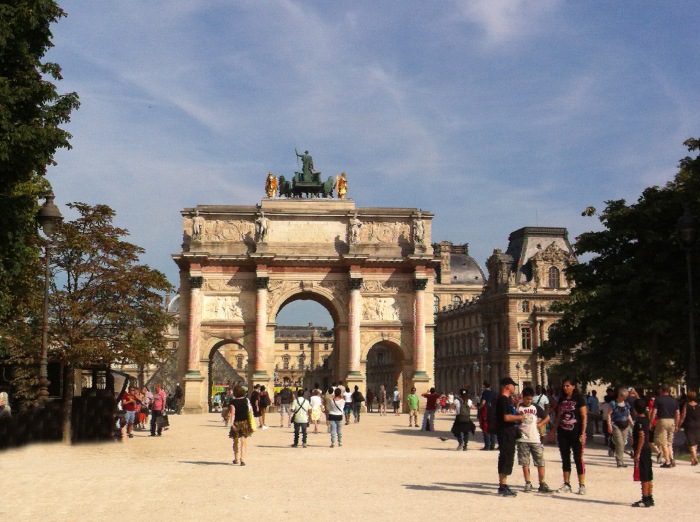 2014. From the opposite perspective. One can walk all the way from La Concorde to here. You can see the Pyramid to the left, the Louvre in the background and to the right. This monument was built in 1807-1809 by Napoleon to celebrate the victory of the “Great Army” at Austerlitz, against a coalition formed by Austria and Russia. England had stayed apart from the conflict. (Preparing for Waterloo?) 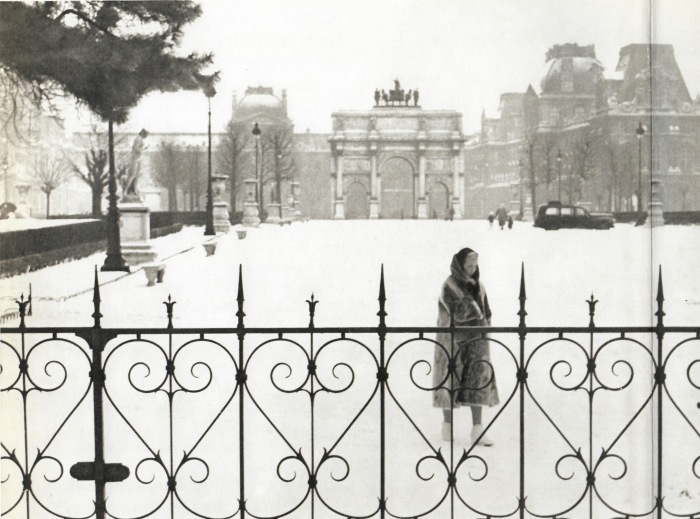 Winter 1963. Exact same perspective. Under the snow. I believe the blonde model is the same we saw at the Hotel de Sens, in a previous Time jump. The fence is no longer there. 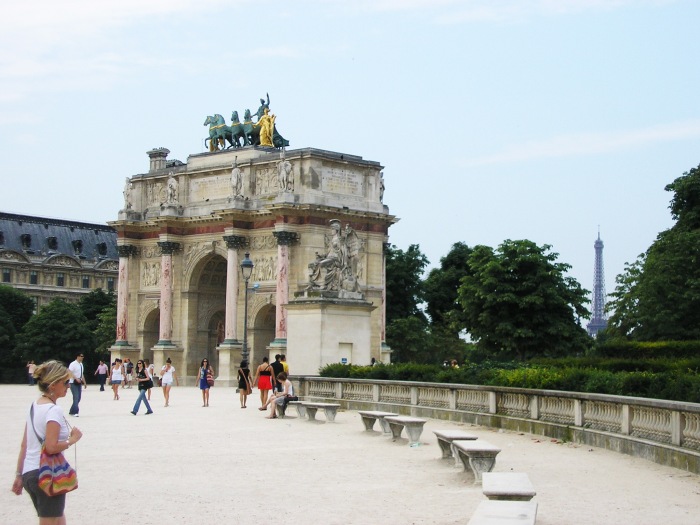 Summer 2014. L. to r.: another blonde, the Arc de triomphe du Carrousel and the Eiffel tower.

1964 images come from “The Paris I love”, printed  on the 15th on May 1964. (c) by Editions Sun Paris. World rights reserved. Printed in France by Draeger and Braun. Photographs (marked with a *) by Patrice Molinard. The recent ones are mine.

Captain and crew thank you for flying Equinoxio’s Time-Space shuttle. Always a pleasure to have you on board. What about the coming election? Whatever happens, “we will always have Paris”.