My morning walks take me around Tlalpan, where we now live. A combination of traditional, colonial style and modernity, e.g. street art. The above is on Avenida San Fernando, Tlalpan, Mexico city. 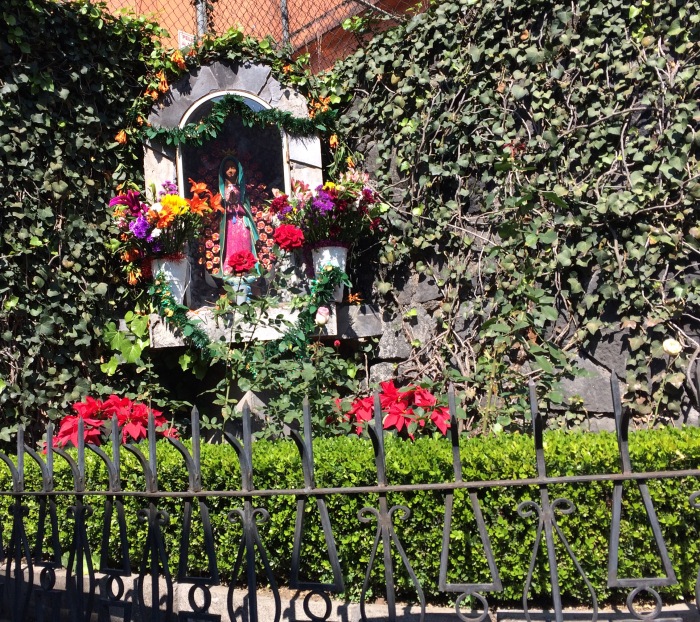 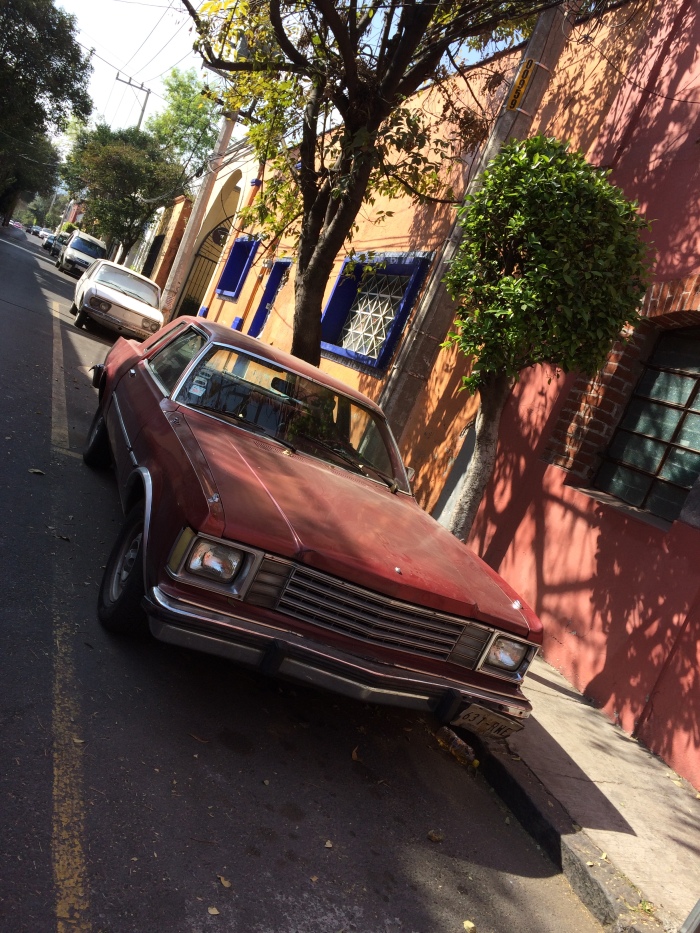 The main church in Tlalpan. San Agustín de las Cuevas. Probably built around the 16th century. A former pre-hispanic city, south of the Aztec city of Tenochtitlán, now Mexico city, Tlalpan joined the Spaniards against the Aztecs. Many of the buildings and houses are from the 16th or 17th century. As the city was finally integrated into Mexico city, it was fortunately “abandoned” by developers, so most of the old town is still intact, and gradually restored. 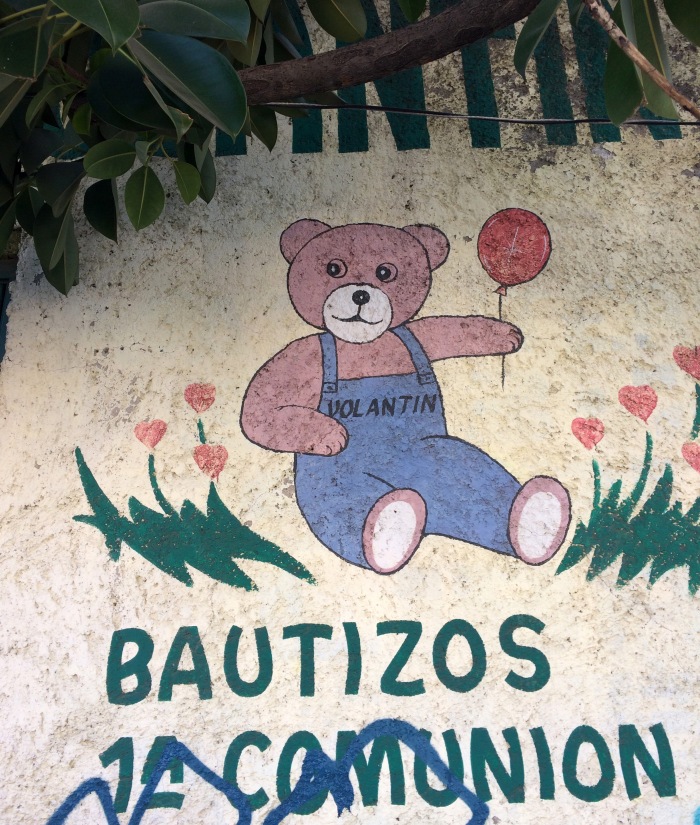 “Baptisms and 1st communion”. A place to hold your banquet for such important ceremonies. Lots of guests. 🙂

This is a private chapel. Built in the 16th century to grace the property of a powerful Spaniard, in the Hacienda Amaxalco. The chapel has just been renovated last year. Not accessible to the public. The Hacienda has been replaced by individual houses on closed grounds. 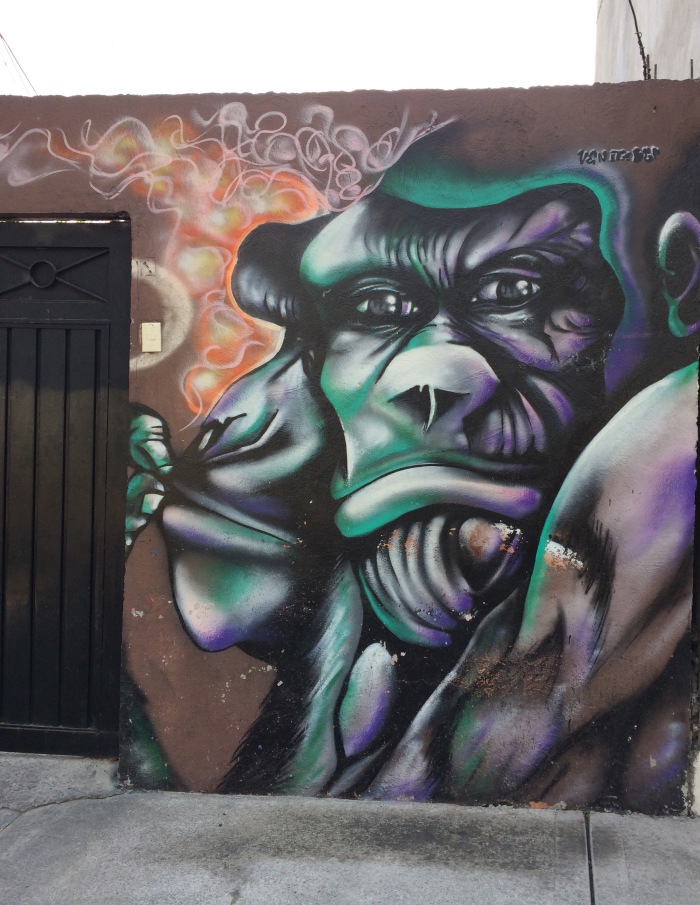 An old colonial house. 16th, 17th century. Though occupied, it is in a bad state of disrepair. If you look closely, the walls are made of clay. Not even bricks. 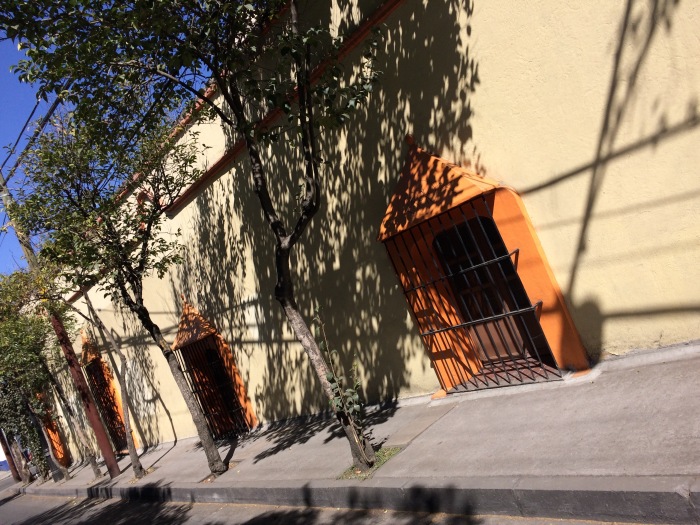 A renovated house nearby. Most houses have been. Renovated. And thankfully, the local historical monuments administration watch very closely what is being done, construction-wise. The old house above will be renovated some day.

Moctezuma (some spelling says Montezuma) was the Aztec Emperor who faced Cortes during the Spanish conquest. The name Moctezuma means: Mo=your or thou, Tekhutli=ruler, Zoma=serious.

An old steely gentleman taking the sun on a bench on Renato Leduc St. I have to go back at a later hour, around 2PM, I guess. Tlalpan follows a strict North-South grid, and the position of the sun affects the photos greatly. This is a small park, in the middle of nowhere on a large transit avenue, with metallic figures, oriented east-west, and most of the sculptures facing east. So… need to go back after noon. 🙂 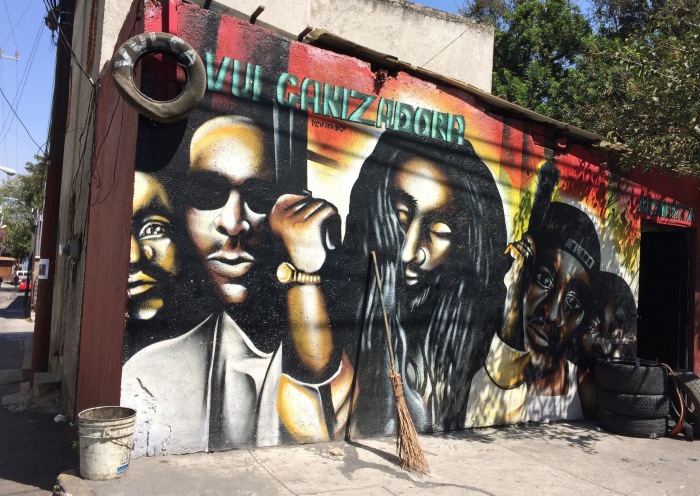 Rastafarai! On San Fernando Av. A vulcanizadora is basically a tyre repair shop. Lots of nails and screws on the streets. 😦 They also take your old tyres and re-coat them with rubber. Less expensive but also less safe. I don’t know to what extent this is still a common practice.

Captain and crew wish you an excellent week. With brand new tyres.

46 thoughts on “A morning walk. Mexico.”