“I first went to San Francisco in 1965. Half a century ago. Plus or minus margin of error.”

“Fifty years, dude? That IS scary.”

“You’re telling me!” 🙂 The above is the Cable car turnaround of Powell and Hyde, December 1965. Check the clothes, hairdo, white socks. In those days, passengers turned the car around. Not’ny more. Dude. 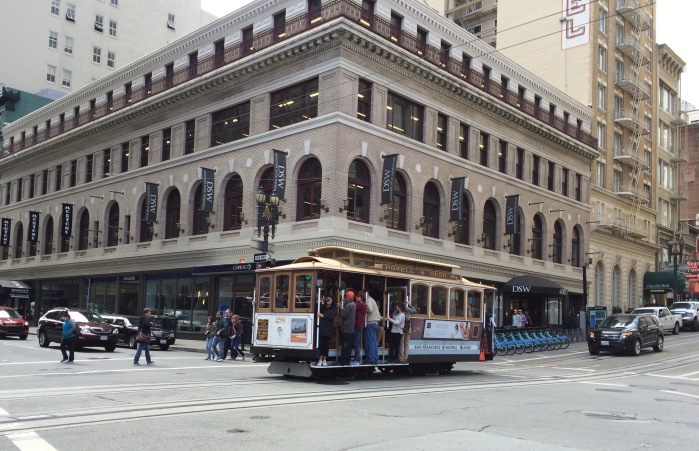 Back in ’65. Nobody had really heard of Kerouac yet. But white socks were definitely in fashion. To the right: yours truly, fascinated. 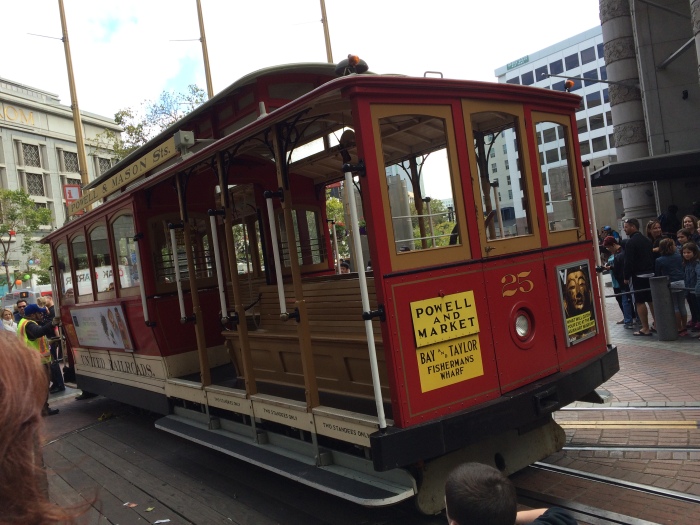 Today’s turnaround on Powell and Market. Now they pay people to turn the car while tourists are queueing. 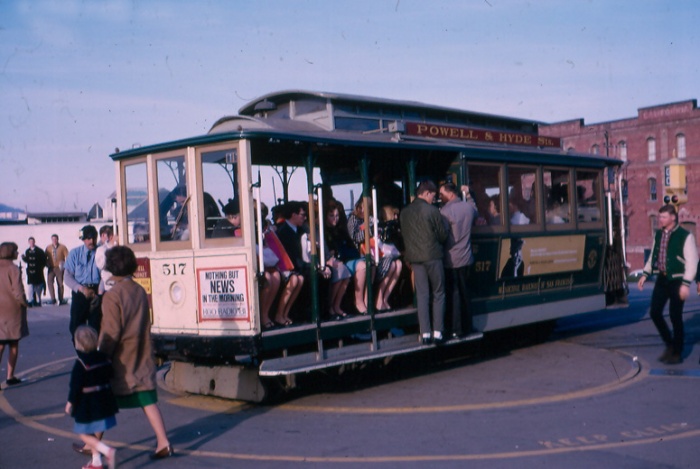 Down Powell at full speed.

To everything, turn, turn, turn, there is a season, turn, turn, turn… Pete Seeger wrote the song in the late 50’s. The Byrds launched their version precisely in December ’65… And again, if you look at the conservative clothing, little did anybody know a “revolution” was under way.

The streets of San Francisco, 1965. Alcatraz – then in full operation – is in the centre, in the background. I can’t remember but this was probably taken on Hyde St. On my brand new Instamatic. 🙂 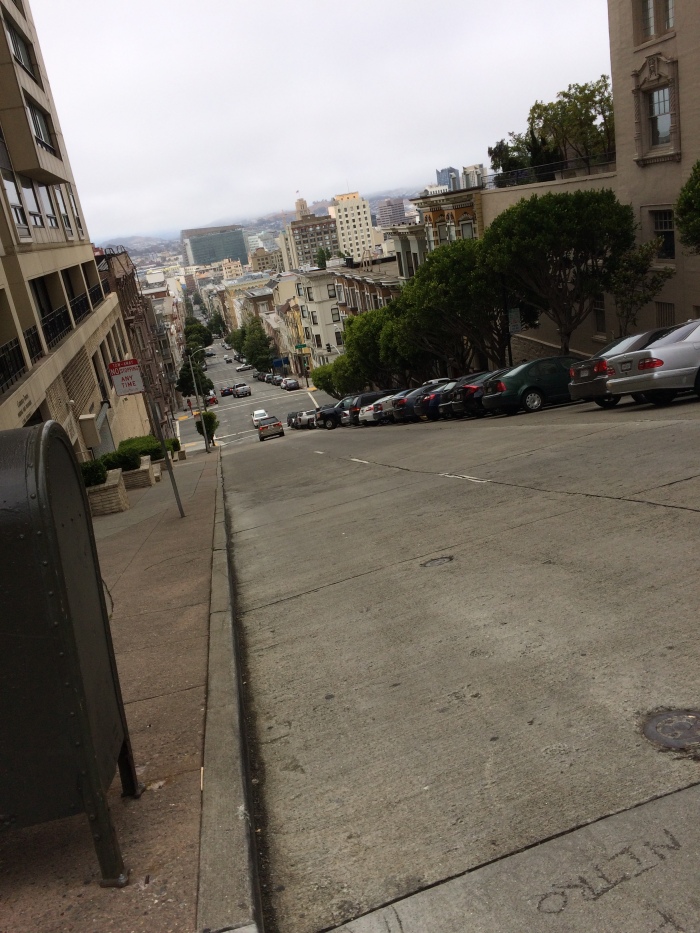 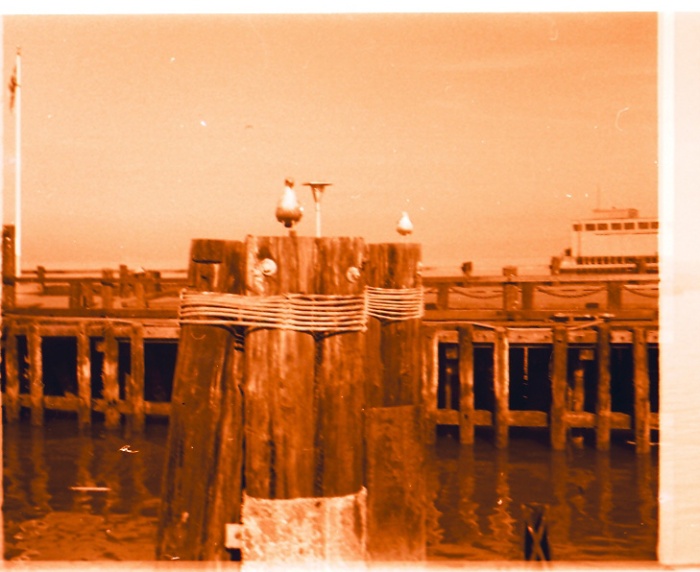 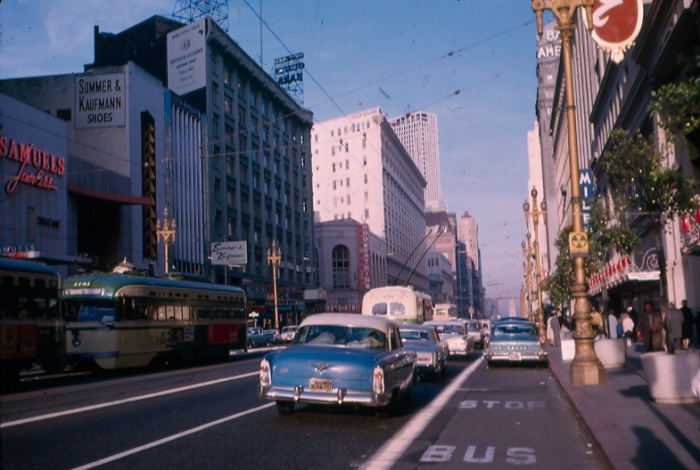 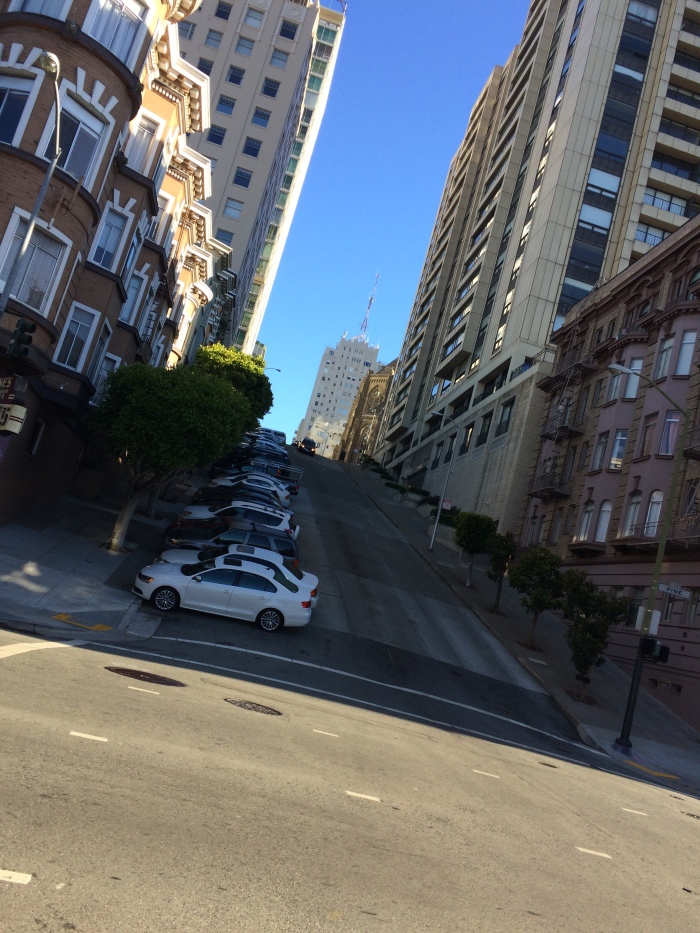 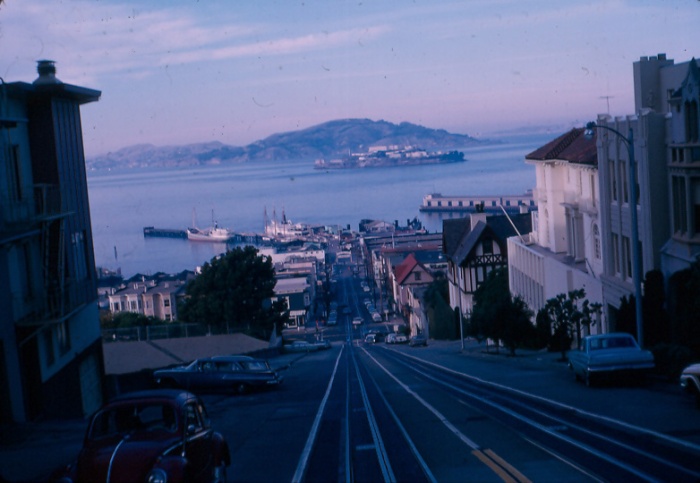 Golden gate bridge. When? I’ll give you a clue. There was no fog.

Captain and crew thank you for flying the Equinoxio Time-Space shuttle. Please adjust your E-Watch. Today is December 9, 2016. Have a great week-end. 🙂

34 thoughts on “San Francisco, half a century”