I was wondering this morning, sipping a mochaccino at a nearby café in Tlalpan’s main plaza, what to put together for today’s post. And as I checked the pictures of the last few days, there it was. A stroll in the streets of Mexico city. The above: last Saturday, in Tlalpan, Mexico city. “No tire basura” means Do NOT dump garbage… 😦 At least the December sun, tough cold-ish, did provide a decent light. 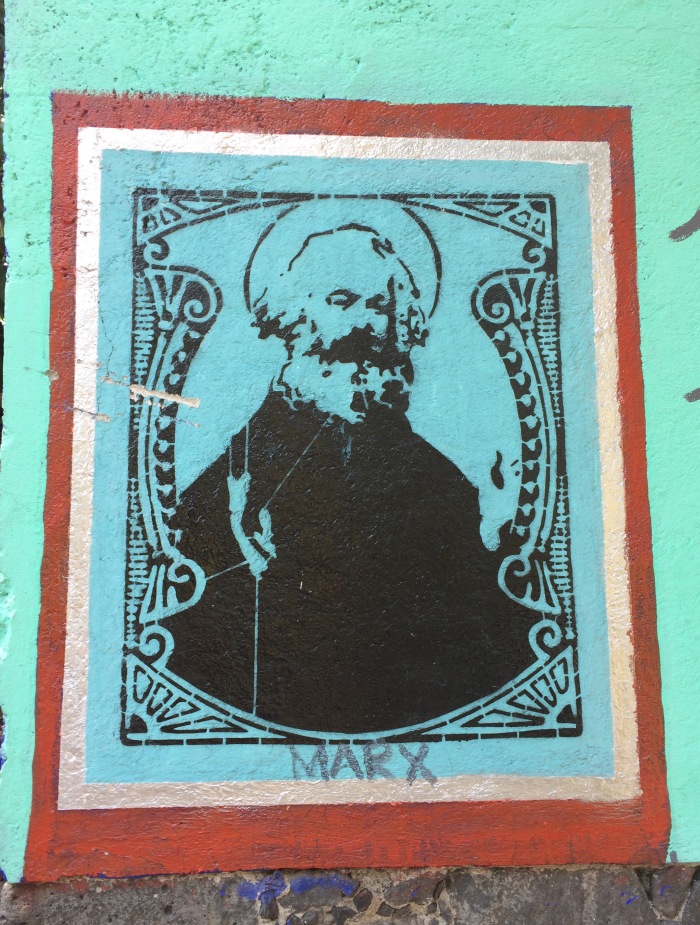 “Saint” Karl Marx, just around the corner from the Virgin Mary above.

In a country where children are Kings and Queens, the Little Mermaid is very popular.

“Hasta…” “Until” they come back. In reference to the 43 students of Ayotzinapa, abducted by the police two years ago and handed over to the local narcs. Their bodies were never recovered. (Street wall, Tlalpan, Saturday)

This IS a door. Of a house built in July 1703. See detail below. The picture took a bit of editing, erasing cables, electricity meters, and so forth.

A hallway, in “la colonia Juárez”, Mexico city. The Aztec sun calendar is on top. The rows of skulls at the bottom represent a “tzompantli”, an altar where the heads of the sacrificed were impaled. I don’t know who the white rabbit is. Or is it a dog? 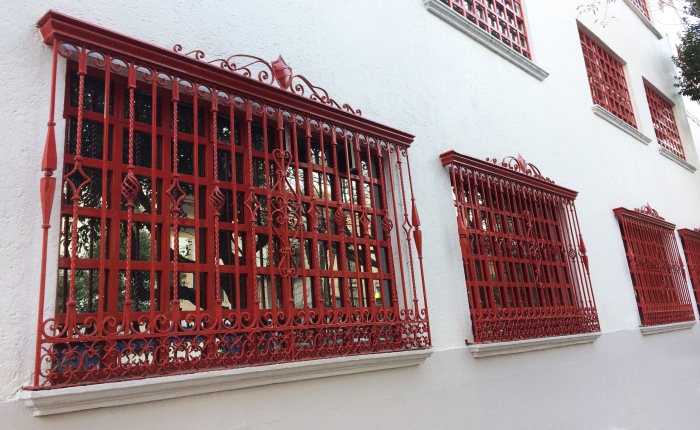 This is not a window. Juárez district, Sunday. Had to cheat with the light a bit. 🙂 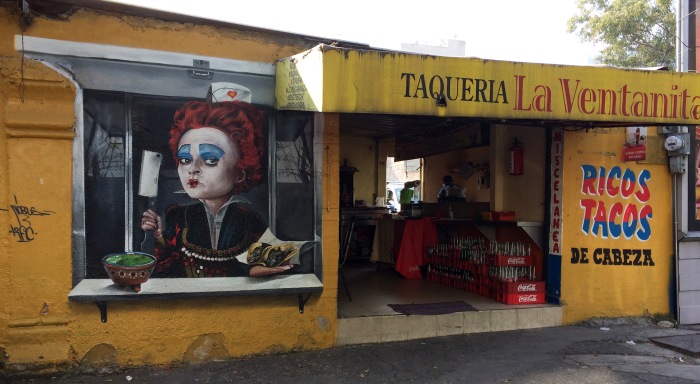 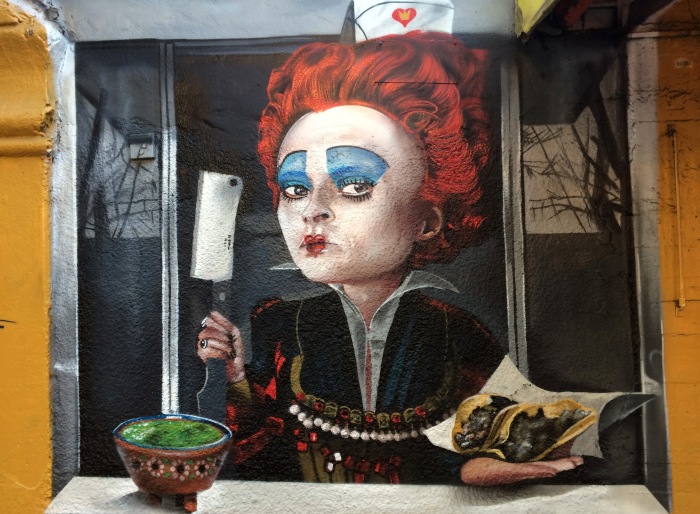 Helena Bonham Carter wishes you a lovely week in your respective Time-Space slots. (Some of you are already on Tuesday. To-morrow. Tomorrow is now. Ain’t that weird?)

43 thoughts on “A Mexico stroll. Again.”