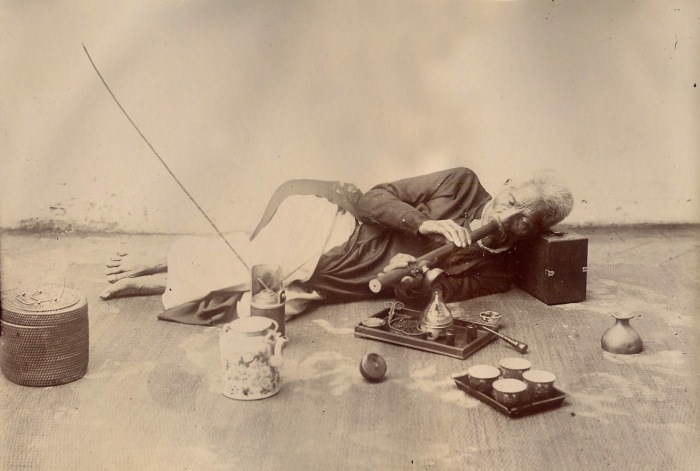 As my faithful readers must have surmised, I like to touch upon a variety of subjects. I was diagnosed “borderline dilettante” at an early age. Fortunately my Juvenile records are sealed. Fiction, non-fiction, gender, travel and the accompanying “yours truly’s” photographs. But I look at stats (I have been producing and analyzing data most of my professional life) and lo and behold my top post is not my fiction, not my travel accounts or personal ramblings. My top post is based on the work of a DWM (Susan Sontag charged that Dead White Males were responsible for all the world’s woes) And a colonialist at that. Even worse: a French colonialist! This single series on century-old photographs of Indochina has generated more traffic than any of my “own” stuff! (Let’s shed a tear). And many silent, and hopefully smiling visits from Thailand, Cambodia and Vietnam. So: heed the Reader, back by popular demand: Part 4 of Ancient Indochina. Photographs were taken at the turn of the (past) century, circa 1900.

The above photo is an opium smoker. In Tonkin, probably Hanoï. It was legal at the time. (Let’s remember that the english-chinese war was done to allow the Brits to freely move opium into China. China lost. And the Brits flooded the country with opium) 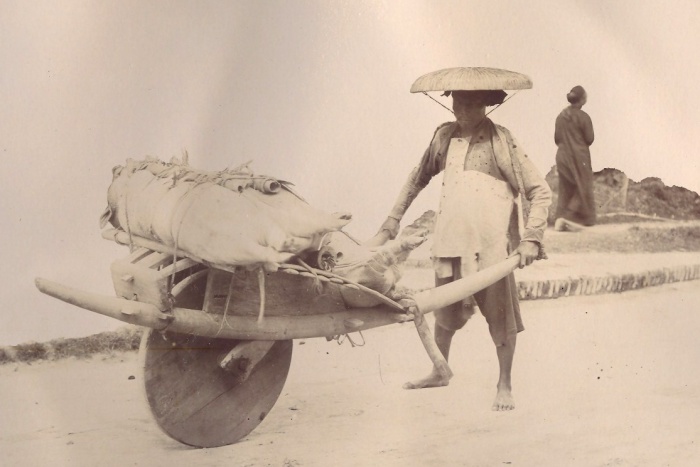 Vers le marché. To the market.

I respect the author’s legends in french. Note the peculiar – from a western perspective – shape of the wheel-barrow. All those photographs are labelled “Tonkin” and are probably taken in HanoÏ. The load look like (very dead) pigs. On their way to be transformed into pork.

I was thinking that the shrimps were possibly fished in the Mekong, but since this is Tonkin, no way. Then maybe it was not Hanoï, it could have been Haïphong? Note the very specialized fishing gear. Also note the old man in the left background, with long beard and moustache, Mandarin-style.

Probably referring to Chinese characters. Which would be the first step to strive for Mandarinat. See the Mandarin system in ancient China, a very old civil servant training and selection process widely appropriated in Viet-Nam. I’ll get back to that in a later post. Very serious pupils. The two on the left having dutifully removed their conic hat for the picture. (Can you see the hats?)

Musicienne aveugle. Blind musician. (The instrument on the left, is probably a musical saw) 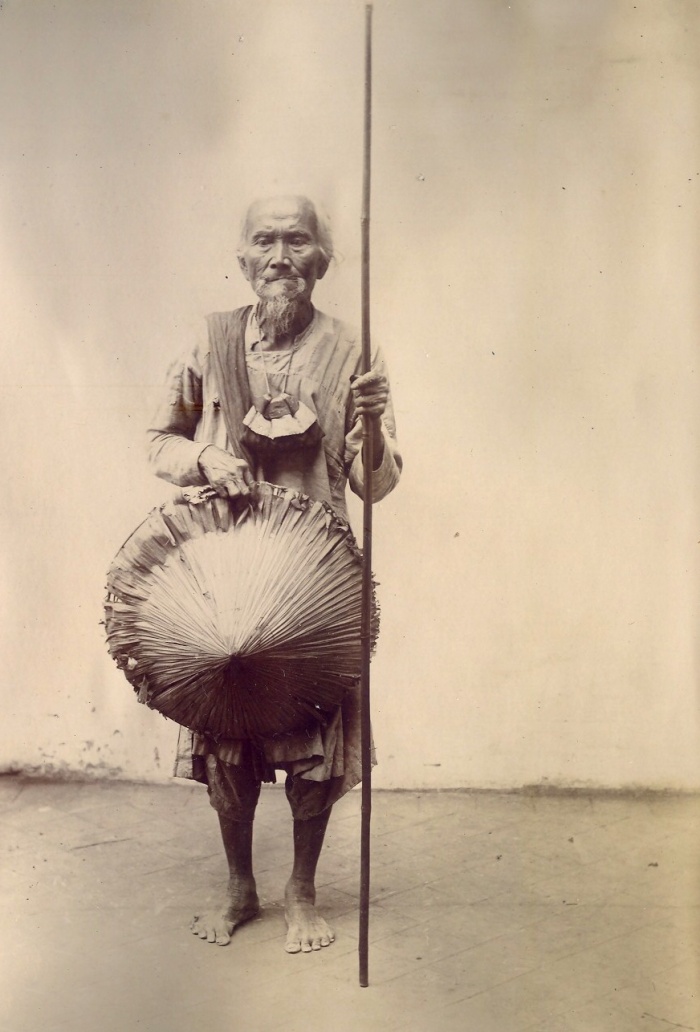 Note the old man’s whiskers. Moustache and beard were to be respected. Ho-chi-minh wore similar whiskers. 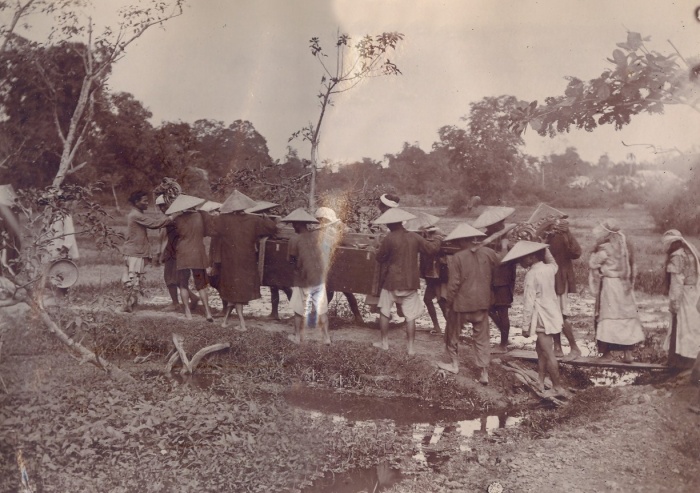 Enterrement à la campagne. A burial in the country-side. Tonkin.

The casket appears to be carried with a dragon-style pole. See the dragon’s (?) head at the very front, and the tail (?) at the end. The last two people on the right are dressed differently, their face covered. Mourners? “Pleureuses” maybe? (Anyone from Vietnam seeing this post I beg you please to enlighten us! Thank you) 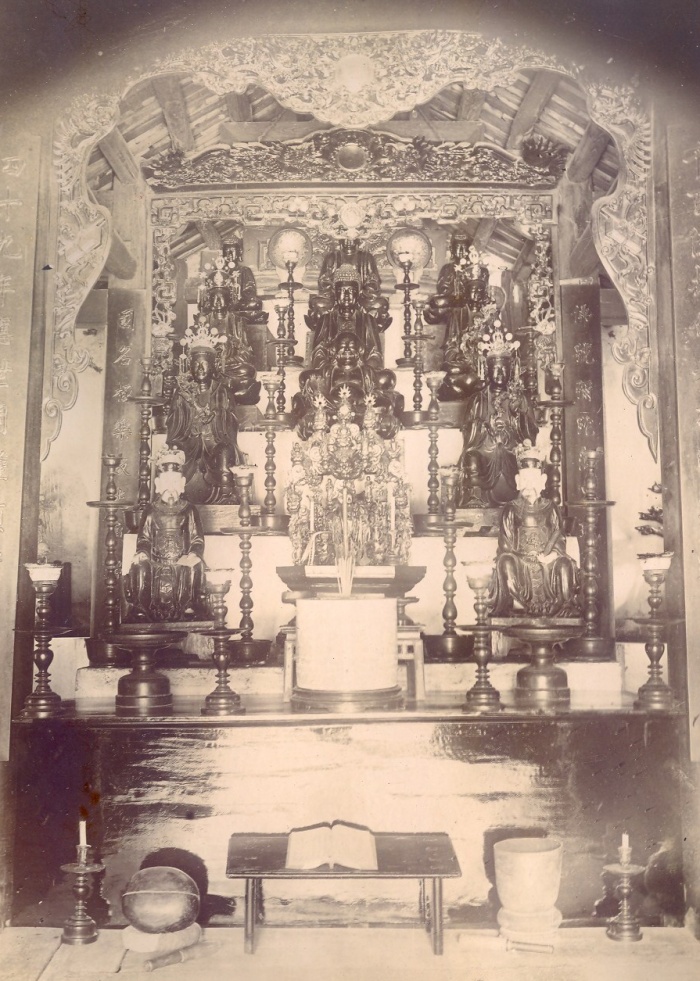 Pagoda altar. Detail of the above.

One can clearly see the chinese influence in this altar. Particularly in the two characters seated left and right in the forefront. I do not know what their role is. (Anybody recognize them?)

As I mentioned before, the legends are the author’s responsibility. Maybe his allusion to Saint-Michael is because this particular character was a chinese dragon-slayer? 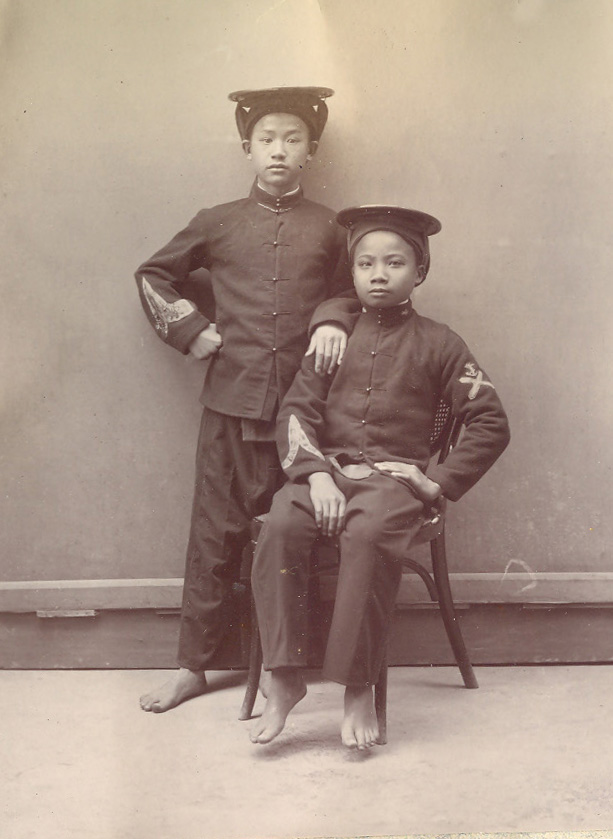 Enfants de troupe literally means “troop children”. The sons of noncommissioned officers (corporals and sargents basically), they were brought up in military schools, a tradition going back to the 16th or 17th century. Wearing uniforms since a very young age, they became the bulk of privates and NCO’s. Vietnam was no exception, where a military school was set up, to train future “local” troups. The rest of the legend says “Result as bad as in France”. I don’t know if the author meant that in a military or personality sense. I have a feeling that the latter. Note the uniform with chinese-style buttoning. The bare feet! And the Navy anchor on the sleeve of the seated boy. Probably destined to be incorporated in the Infanterie de Marine Coloniale. Given their age, they were probably born around 1890. Hopefully too old, but I’m not so sure, to have participated in WWI.

Thank you for visiting Equinoxio!